The special will be available to stream starting on Dec. 16 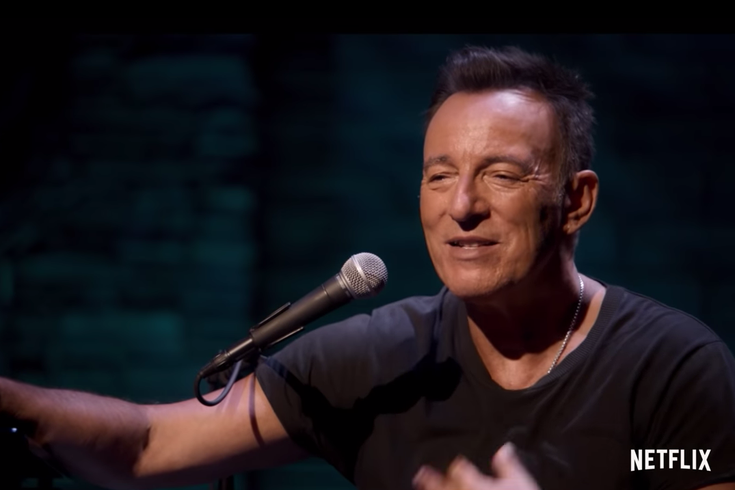 'Springsteen on Broadway' will begin streaming on Netflix on Dec. 16.

Netflix will bring the three-time revived Broadway show "Springsteen on Broadway" to its streaming service later in December, and on Tuesday, the streaming service gave fans who couldn't score tickets to the original show a taste of what's to come.

A newly-released trailer provides a look at the special that Springsteen calls "my long and noisy prayer" and a "magic trick."

It features a few hits, but mostly less familiar tunes, broken up by monologues from the artist about life — his hometown in New Jersey, his experiences growing up, and a cameo from his wife, Patti Scialfa.

It's almost entirely an intimate acoustic, 15-song set just with Springsteen himself, save for a few numbers where he brings Scialfa on stage.

"Springsteen on Broadway" was extremely well-received by critics when it opened in October 2017 at the Walter Kerr Theatre, where it remains today. During its first week open, The New York Times called it a "painful if thrilling summing-up at 68: a major statement about a life's work, but also a major revision of it."

"Springsteen" added 81 shows to its run last spring due to the show's poopularity, and will host its final show on Dec. 15. Tickets for the remaining shows on StubHub start at $1,800.

On Dec. 16, Netflix will begin streaming a recording of the performance.

Netflix's recording of the show is meant to let more fans around the world see the performance, as per Springsteen's team. It was directed and produced by Thom Zimny.

You can watch the trailer below.