Tiffany Valiante, of Mays Landing, was 18 years old when she was struck by a commuter train in 2015 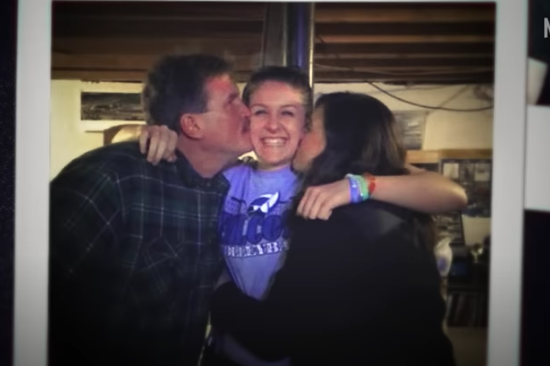 The upcoming season of "Unsolved Mysteries" on Netflix will feature the case of 18-year-old Tiffany Valiante, of South Jersey, who was killed in 2015 when she was struck by a NJ Transit train.

A trailer released by Netflix on Tuesday for the upcoming season of "Unsolved Mysteries" teases nine new cases, including one about a South Jersey teenager who died in 2015.

Tiffany Valiante was 18 years old when she was struck and killed by an NJ Transit train traveling between Atlantic City and Philadelphia. The circumstances of her death have been questioned ever since and will be examined in an episode of the show.

"Unsolved Mysteries: Volume 3" will premiere in three installments on Oct. 18, Oct. 25 and Nov. 1, as part of the "Netflix and Chills" Halloween 2022 rollout.

The docuseries hails from the creators of the original "Unsolved Mysteries" that premiered in the 1980s, as well as "Stranger Things" producer Shawn Levy and his company 21 Laps Entertainment.

In the trailer for the upcoming season, a photo of Valiante with her parents is shown, as well as a video of Valiante's mother saying, "I wanna know what happened to my daughter."

Valiante, of Mays Landing, was a recent graduate of Oakcrest High School who was bound for Mercy College in New York in the fall to play volleyball.

Around 11 p.m. on July 12, 2015, Valiante was struck by a commuter train along an isolated track about four miles from her home, the Daily Beast reported. Nancy Snyder, a spokesperson for NJ Transit, told the Press of Atlantic City that Valiante did not move from the tracks when an engineer sounded the train's horn.

Within 48 hours of her death, the state Medical Examiner's Office ruled it a suicide. But Valiante's family believe she was a murder victim and that the initial investigation was botched by NJ Transit Police.

RELATED: Remains found a decade ago identified as 14-year-old Pennsylvania girl missing since 1969

The official story maintained that Valiante left a family member's graduation party near her house in Galloway Township, dropped her phone at the end of her driveway and walked to the spot where she eventually threw herself into the train's path.

Valiante's family says that despite an argument with a friend over a credit card, she did not seem distressed at the party.

Further clouding things is the fact that Valiante's shoes were found far away from the crash, yet there was no evidence of damage to the bottom of her feet, which makes it seem unlikely that she walked across the rocky terrain to the tracks.

Apprentice engineer Marvin Olivares, who was manning the train at the time of Valiante's death, also gave conflicting statements to investigators.

A former investigator for the Atlantic County Medical Examiner, Louise Houseman, wrote a report discussing the disparities in the claim that Valiante committed suicide.

"It is highly unlikely this very accomplished, 18-year-old female athlete walked barefoot, alone in the woods, without her cellphone, over stones and brush, in the dark, along 1.5 miles of isolated railroad tracks, on a hot summer night, for a total of nearly 4 miles in order to commit suicide," Houseman wrote.

Valiante's parents continually fought in court battles to reopen the case and have articles of evidence tested privately, but they were stored so poorly by police that they could not forensically render new leads.

The family continues to search for answers, maintaining a large supply of signs across South Jersey with Valiante's portrait and a phone number to call tips into.