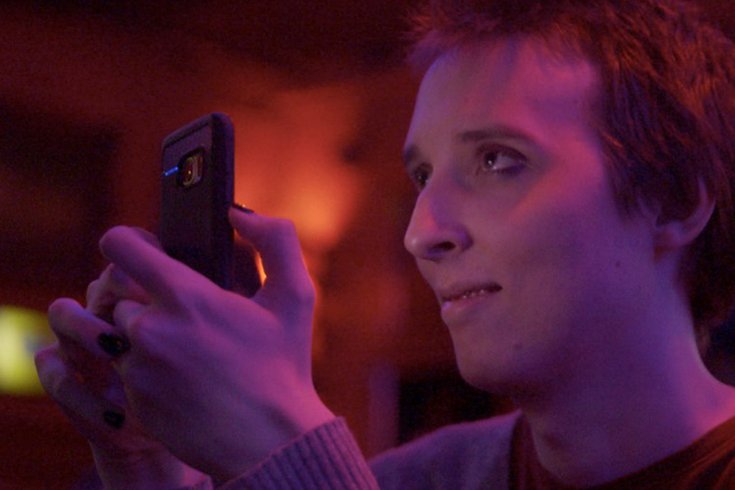 Narcissa Wright, in a scene from the "Break the Game" documentary film. “Narcissa’s story is an especially clear-cut example,” says director Jane Wagner. “She was celebrated before her transition and endlessly harassed after she came out. The film follows Narcissa at a pivotal moment – when she comes out as a trans woman online.”

For the past two-and-a-half years, Jane M. Wagner filmed more than 100 hours of footage of Narcissa Wright, one of the first-ever out transgender video gamers for the documentary, Break the Game. As a former associate producer on Anthony Bourdain: Parts Unknown, Wagner, who lives in Brooklyn, actually stumbled upon Wright’s story by accident about four years ago.

“I was casually playing Diddy Kong racing on my N64,” says Wagner, and was searching for tips on YouTube when she came across an entire subculture of gamers who took the old games she knew and loved and tried to beat them as fast as possible. “These gamers competed for world records by using glitches, exploits and reverse engineering the code to get to the end in a fraction of the time,” Wagner says. “It was mesmerizing and I was hooked.”

And that’s how the producer and director of the new documentary found Wright, already a superstar in the subculture.

“Based on the crowds of people who watched her play, it was obvious that Wright was a bit of a celebrity and completely idolized by her community,” says Wagner, who also learned that Wright was only about a month into her very public gender transition, and the online hate and vitriol was already quite extreme. “I DMed her on Twitter,” she says, “and our journey together began.”

To understand Wright’s personal story one needs to first consider the climate of the gaming world. Since the days of GamerGate, video games have become ground zero for America’s culture wars, where throngs of anti-feminist and transphobic users gather on anonymous forums to harass gamers based on their gender and gender identities.

“Narcissa’s story is an especially clear-cut example,” says Wagner. “She was celebrated before her transition and endlessly harassed after she came out. The film follows Narcissa at a pivotal moment – when she comes out as a trans woman online.”

What also makes the story different is that it takes a very personal and intimate approach to telling an online-driven story. The documentary embraces the digital landscape, pulling from 3,000-plus hours of archived livestreams, gaming videos and vlogs, as well as tweets, online chats and other digital media that shape the story. 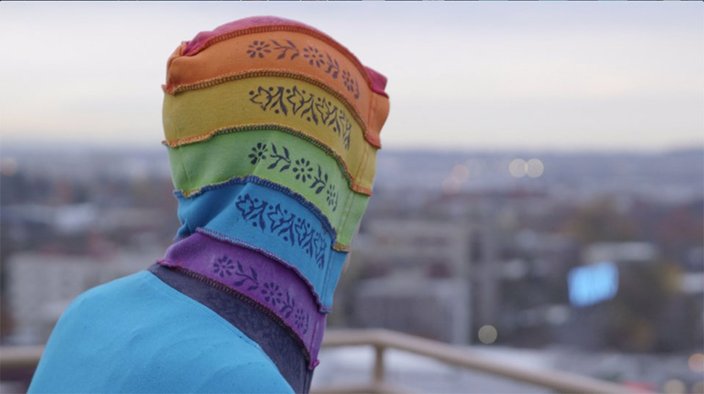 Narcissa Wright wears her iconic hoodie. “It’s my hope that through its intimate access, “Break the Game” will reveal the impact cyberbullies have on their victims and remind young internet users that there’s actually a person behind every computer screen,” director Jane Wagner says.

BACKLASH AGAINST WOMEN IN GAMING

The documentary begins on a video game streaming site, Twitch.tv, where a competitive subculture called speedrunning flourishes. Here, gamers attempt to exploit secrets in popular games to beat them in record time.

In 2014, Wright beat The Legend of Zelda: Ocarina of Time in a record 18 minutes and 10 seconds (for perspective, it ordinarily takes the average user about 20 hours to complete the game). As such, after Wright sets the world record, she becomes a major star, flown around the world to gaming events, and even earns a solid $80,000 a year from streaming her games.

But after Wright comes out as trans, everything changes. In many ways, her story is the story of transgender men and women around the world. In a recent survey by GLSEN, 42 percent of LGBTQ youth reported being cyberbullied and 33 percent said they have been sexually harassed online (this is four times higher than the general population).

Wagner was motivated to make the documentary to tell Wright’s story. She believes the world needs to see more authentic and ultimately diverse representations of transgender people.

“It’s my hope that through its intimate access, "Break the Game" will reveal the impact cyberbullies have on their victims and remind young internet users that there’s actually a person behind every computer screen,” she says. 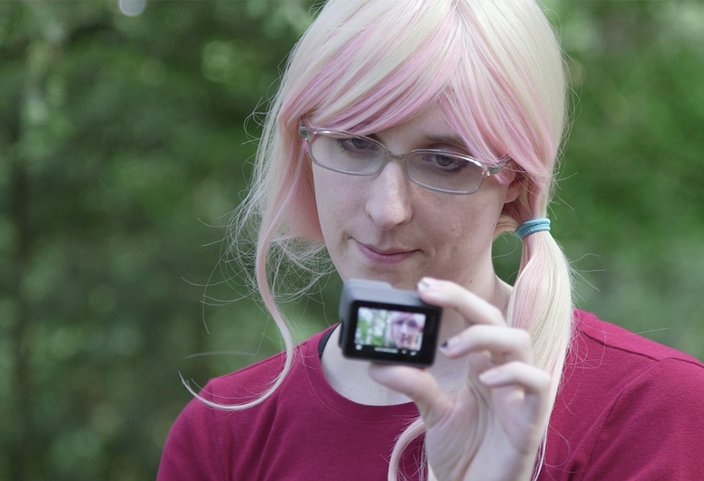 Before coming out as transgender, Narcissa Wright was a superstar in the gaming subculture. Then came the harassment and a targeted hate campaign.

In the film, Wagner spends a lot of time getting to know Wright as a transgender woman who hatches a plan to resurrect her career after facing animosity for coming out.

“The backlash women have faced in the gaming world has been extreme,” Wagner says. “There are entire sub-Reddits and dark corners of the internet devoted to hate- watching trans gamers like Narcissa, stalking their every move as a perverse form of entertainment.”

Some critics have even made conspiratorial, long-form YouTube documentaries that suggest Wright is mentally ill because she’s trans.

“It's all part of a targeted hate campaign against her,” says Wagner, who has had to delve deep into this world to help tell the complex story. “Part of my purpose of making this film is to allow Narcissa to speak for herself and regain control over her narrative. There’s never been a documentary like this.” 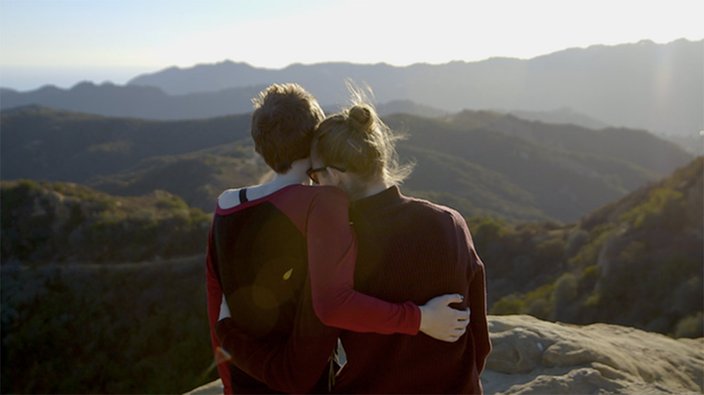 “Break the Game” director Jane Wagner says she never set out to make a film about a transgender gamer. In fact, Wright’s transition is just one part of a much bigger story about identity, belonging and maybe even finding love.

A DIGITAL PIONEER WHO HAPPENS TO BE TRANS

Admittedly, Wagner never set out to make a film about a transgender gamer. In fact, Wright’s transition is just one part of a much bigger story about identity, belonging and maybe even finding love.

There are a lot of other reasons why Wright has become such a polarizing and fascinating figure in the gaming world: she’s a digital pioneer at the forefront of a new medium, and she’s one of the most creative minds in gaming. The film also flirts with romance.

"I want audiences to understand that there's backlash against women and trans gamers, but I also want them to know that there’s more to these women’s stories than the hate they experience online.” – Jane Wagner, director, "Break the Game"

“Her story is a redemption story,” says Wagner. “It’s a story about online community and family. It’s a universal love story; it explores both the beauty and drawbacks of online friendship. And it’s a meditation on the boundary between the real and virtual world. I want audiences to understand that there's backlash against women and trans gamers, but I also want them to know that there’s more to these women’s stories than the hate they experience online.”

Outside the gaming world, Wright’s story also poses much bigger societal questions, like the impact of social media on one’s self esteem and even how people construct both real and digital identities.

“Narcissa is perhaps the most unique and individualistic person I've ever met,” says Wagner. “When I first met her, I was sort of surprised to learn that she spent virtually all of her time alone in her apartment on the internet. She was unapologetically online.”

Full disclosure: Jonathon Norcross, a producer on this film, is the cousin of PhillyVoice’s founder and CEO Lexie Norcross.