New hope for people with asthma – from the garden center 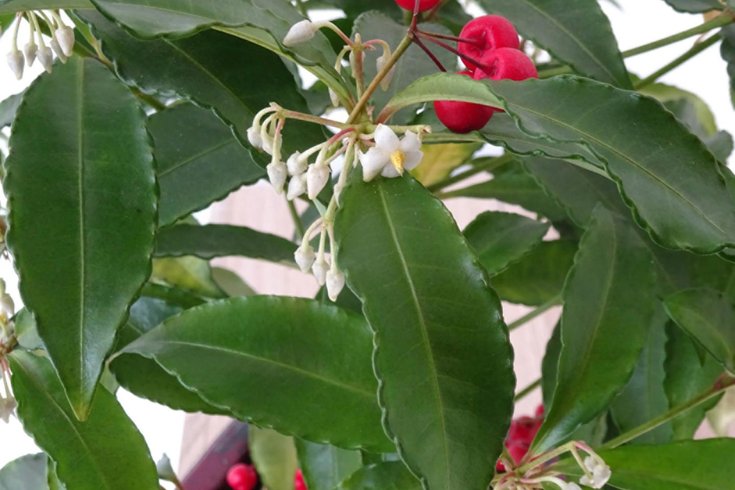 The leaves of the coralberry (ardisia crenata), which contain the natural substance FR900359, could offer promises as a highly effect asthma medication, researchers say.

A chemical compound from a popular ornamental plant may offer better treatment of asthma than common medicines, according to researchers.

Researchers at the University of Bonn have taken an extract from the leaves of the coralberry plant to combat the widespread respiratory disease. In mice, a substance called FR900359 almost completely inhibits the characteristic contraction of the airways. The study is published in the renowned journal Science Translational Medicine.

The coralberry, a common plant found at any well-stocked garden center, is your average plant most of the year. But during the winter it forms bright red berries, which adds to its popularity.

According to researchers at the University of Bonn, who were joined by asthma specialists from Nottingham in the United Kingdom, c is rather effective at blocking contraction of the bronchial muscles. People with asthma regularly suffer from these pronounced contractions preventing adequate ventilation of the lungs. The resulting shortness of breath can be life-threatening.

The new compound relieves these spasms - and is apparently more effective and longer lasting than the most common asthma drug salbutamol.

"However, we have so far only tested the substance in asthmatic mice," junior professor Dr. Daniela Wenzel said in a statement. A researcher in respiratory diseases at the Institute of Physiology I at Bonn, she led the study.

Researchers reported few side effects, as the active ingredient could be applied via inhalation to the respiratory tract and thus only reached the systemic circulation in small quantities.

But it is not yet known if FR900359 is also suitable for use in people. Further tests, which could take years, are required prior to its application in people.