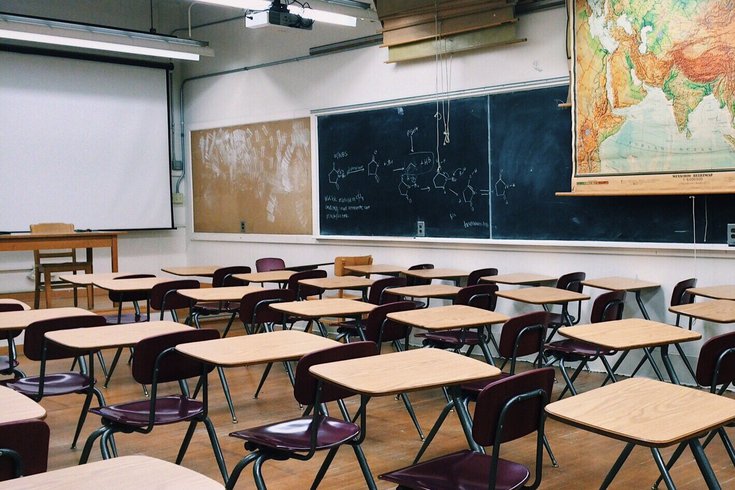 New Jersey became the second state to require Asian American and Pacific Islander history as part of the state's K-12 curriculum, as Gov. Phil Murphy signed the legislation into state law on Tuesday. The requirement will be implemented beginning in the 2022-2023 school year.

Following in the footsteps of Illinois, New Jersey has become the second state in the country to mandate an Asian American and Pacific Islander history requirement in the curriculum for K-12 students.

Gov. Phil Murphy signed the new legislation into state law on Tuesday, which ensures the inclusion of AAPI history in New Jersey's Student Learning Standards for Social Studies and establishes a Commission for Asian American Heritage in the state's Department of Education.

"Members of the Asian American and Pacific Islander community have made countless contributions to our state and country, yet they are made virtually invisible by our history books," said Assembly sponsors Raj Mukherji, Mila Jasey, Britnee Timberlake, and Sterley Stanley in a joint statement on the impact of the mandate. "The erasure of AAPI history is unacceptable and incredibly harmful for young people who are being robbed of valuable representation that could have a positive impact on their lives."

According to the text of the bill, all instructional materials used in implementing the new curriculum requirement will be selected by the state's board of education, and must provide "inclusive" materials that showcase the "cultural and economic diversity" of Asian Americans and Pacific Islanders.

Though the legislation was not introduced due to the increase in violence against Asian Americans, Gov. Murphy and other New Jersey leaders did address the growing concerns of negative stereotypes that have erupted since the beginning of the COVID-19 pandemic.

Stop AAPI Hate – a coalition formed as a response to the escalation in Asian xenophobia – tracks anti-AAPI incidents across the country. In their most recent publication, which includes reports through September 2021, the organization found a reported total of 10,370 hate incidents, of which 5,771 occurred in the last year.

1 in 5 AAPIs have experienced a hate incident in the last twelve months, according to a recent survey.
That’s the equivalent of 5 million people.#StopAAAPIHate pic.twitter.com/f1FwBMZYSB

"Amidst the tide of anti-Asian hate, we found hope in joining a diverse coalition of parents, advocates, students, and legislators to use the best tool we have to fight hate: education," said Amber Reed and Jeffrey Chang of AAPI Montclair. "All children deserve to know they matter, that they belong, and that they too are a part of our country and state's history. In our own community we have seen how swiftly the lives and mental health of children can improve when their stories are taught in their classrooms."

Illinois became the first state to mandate Asian American history in July 2021, which will begin in the 2022-2023 school year. The Illinois curriculum requirement includes one unit of Asian American history in each public elementary and high school, focusing on AAPI contributions to arts, culture, sciences, government, economics, and politics. The mandate also includes specific tie-ins to AAPI contributions on Illinois and Midwest history.

At least five other states are considering similar Asian American history requirements, according to NBC News. The fight for inclusive education is not new, though, as similar efforts to incorporate African American history into school curriculums over the last few decades have been successful, including in Philadelphia.

Yet, as the term "critical race theory" becomes popular with political pundits and government officials, some states are looking to limit the discussions of race and racism in American classrooms.

Virginia Gov. Glenn Youngkin signed an executive order on Jan. 15 that bans critical race theory, seeking to "end the use of inherently divisive concepts" in K-12 education. The executive order asserts that critical race theory and educational theories like it "instruct students to only view life through the lens of race and presumes that some students are consciously or unconsciously racist, sexist, or oppressive, and that other students are victims."

Critical race theory is a "social movement and legal analysis framework" that incorporates the belief in race as a social construct, according to Brittanica. It has become a divisive topic in political circles, and is often used as a method for removing discussions of racism and America's history as it relates to racism from classrooms across the country.

Like Illinois, New Jersey's curriculum requirement will go into effect in the 2022-2023 school year, and will be developed over the course of the coming months in preparation.