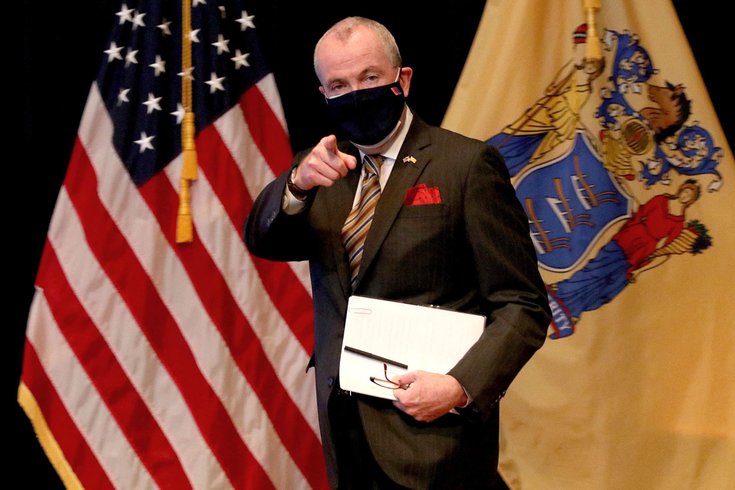 New Jersey has guaranteed residents will retain the right to an abortion regardless of whether the U.S. Supreme Court rolls back reproductive rights.

If the Supreme Court weakens overrules Roe v. Wade, the 1973 landmark case that made abortion care legal across the country, in its upcoming decision on a Mississippi abortion law, states could introduce new restrictions on abortions. The New Jersey law ensures abortions would remain legal there.

"I will sign into state law the assurance that every generation of New Jerseyans will have the right to bodily autonomy, and the right to decide whether and when to become a parent, no matter in which direction the political winds may blow," Murphy said. "Our state's recognition of reproductive rights stood for four decades on a foundation built solely of prior court rulings. But the United State's Supreme Court is preparing to take a wrecking ball to its own precedent — Roe v. Wade — and that would all but demolish our case law-based foundation here in New Jersey."

Previous versions of the legislation failed to pass the state legislature partly because they would have allowed insurance providers to cover abortions. A previous form, known as the Reproductive Freedom Act, had stalled in the legislature after being introduced in October 2020. The scaled-back version signed by Murphy was introduced Jan. 6.

The law allows health insurance providers to cover the medical procedure if given special permission, but it does not require them to do so.

Murphy also signed a bill that requires insurers and Medicaid to cover contraceptives for up to 12 months. They previously only needed to cover them for up to six months. Murphy said the two laws will protect people who need "time-sensitive" reproductive health care.

In recent months, the Supreme Court has upheld a Texas law that effectively bars abortions after six weeks of pregnancy and signaled it may at least roll back protections in its ruling on the Mississippi case.

Abortion rights advocates have become increasingly concerned that Rove v. Wade could be explicitly overruled, returning the issue to the states. At least 22 states have laws that could be used to effectively prohibit abortions. New Jersey has joined 15 other states with laws protecting abortion.

In speaking to anti-abortion advocates, Murphy expressed his own journey in his beliefs on the issue of reproductive choice.

"To those on the other side of this issue, and there are many overwhelmingly well-intentioned people," Murphy said. "I hope that we can come together in the greater calling of our faiths to make parenthood an easier, safer and healthier choice for anyone or any family in search of support. We can each hold our own personal, deeply felt views and still respect each individual's ability to make their own decisions."

Some New Jersey lawmakers, including Assemblyman Erik Peterson, expressed their disapproval of the law during debates held ahead of its passage.

"Every time there's an abortion, it ends a life," said Peterson, a Republican representing the 23rd Legislative District. "I think we should be promoting life, not expanding abortion."

Recently retired state Sen. Loretta Weinberg, a Democrat who was one of the bill's primary sponsors, acknowledged Thursday the importance of passing reproductive choice legislation at a critical time.

"Personally, this is the culmination of a very long journey," Weinberg said, as she began reading from the law. "'The legislature is committed to ensuring that no barriers to reproductive freedom exist in the state.'"

The National Organization for Women released a statement ahead of the bill's signing, calling the Freedom of Reproductive Choice Act a good start, but saying more can be done to protect access to abortion care.

"We need to pass more protections for New Jersey's vulnerable and marginalized populations, such as removing cost barriers for abortion, ensuring medical abortion remains accessible, and allowing access to hormonal contraception without a prescription from a doctor," NOW leaders said.