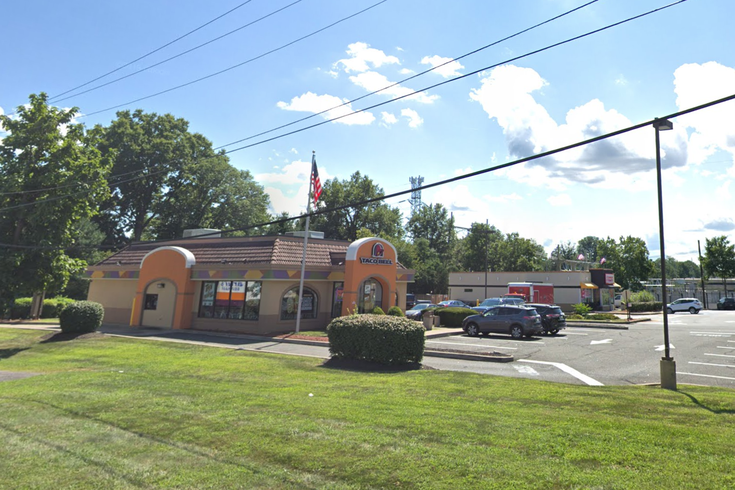 A New Jersey couple is suing Taco Bell in federal court because they were charged $6.09 each for a pair of Chalupa Cravings Boxes, instead of the advertised price of $5 each.

Taco Bell has used "Live Más" as its slogan since 2012, but a New Jersey couple is claiming in a recently-filed lawsuit that the popular fast-food chain also charges más.

The couple is suing Taco Bell in federal court because they were charged $6.09 each for a pair of Chalupa Cravings Boxes, instead of the advertised price of $5 each.

Nelson Estrella-Rosales and Joann Estrella, of Middlesex Borough, say in the lawsuit that the two had seen a commercial for Taco Bell's $5 boxes last May, and decided to drive to their nearest Taco Bell outpost, on Route 22 in Green Brook, New Jersey.

When Estrella-Rosales and Estrella ordered their respective boxes — which included a chalupa, a burrito, a taco, cinnamon twists, and a medium drink — the final price instead came out to $12.99, and included just 81 cents of state sales tax, leaving another $2.18 unaccounted for.

The couple brought the discrepancy to a manager at the Taco Bell, and were told that fine print at the end of Taco Bell's commercials allowed franchised restaurants to charge prices that vary from the advertised price.

The couple's lawsuit claims the company's "prices may vary" disclaimer – the letters for which were one-eighth of an inch tall and one-sixteenth of an inch wide – violates New Jersey's Consumer Fraud Act. The company provided this statement to the Bridgewater Courier News on Wednesday:

"Taco Bell and its franchisees are proud to provide millions of guests with delicious, affordable food every day. Our advertisements are truthful and accurate, and we will defend this case vigorously."

Estrella-Rosales and Estrella are seeking both compensatory and punitive damages for their troubles, which they claim include time wasted driving to the Taco Bell, gasoline used during the drive, and the $2.18 they believe they're owed.

The lawsuit originally was filed in New Jersey's Middlesex County, but was later transferred to the U.S. District Court of New Jersey in Newark.

Taco Bell's parent company, Yum! Brands, had been among the defendants in the complaint, but was dismissed by Estrella-Rosales and Estrella according to court documents file Thursday. Taco Bell has until Nov. 1 to answer, move to dismiss, or otherwise respond to the couple's lawdsuit.