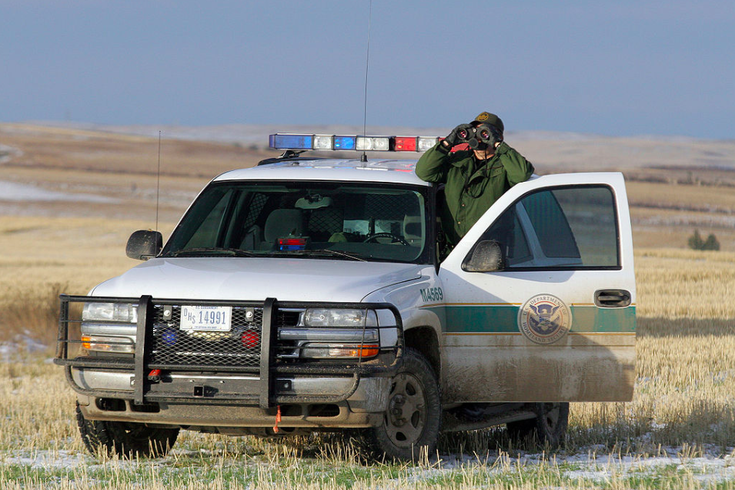 U.S. Border Patrol agents detained a British family who crossed into Washington state from Canada on Oct. 2, 2019. The family remains held at a detention facility in Berks County, Pennsylvania.

A British family of seven is being held in federal custody at a detention center in Berks County after authorities say they illegally crossed into the United States from Canada earlier this month.

While visiting Canada, Eileen and David Connors claim they accidentally crossed the border into Washington state while attempting to avoid an animal in the road. Border security officials contend the family deliberately entered the country illegally, according to the Associated Press.

For two weeks, the Connors, who have 2-year-old twins and an infant, have been detained at the Berks County Residential Center in Bern Township.

An attorney representing the Connors called the case "very bizarre" and claimed her clients were being "treated like criminals" in dingy conditions.

Federal officials said that when the Connors were apprehended, background checks revealed they had previously been denied travel authorization to come to the United States.

While traveling in Vancouver with another related couple, the Connors briefly detoured onto an unmarked road and were pulled over by a U.S. Border Patrol agent. Canadian authorities reportedly refused to take them back and British consular officials could not immediately be reached.

Eileen Connors told the Associate Press that the Berks County facility is unsanitary and frigid.

“It is undoubtedly the worst experience we have ever lived through," Connors said.

The attorney representing the family said the Connors should be on a plane back to England in the coming days.