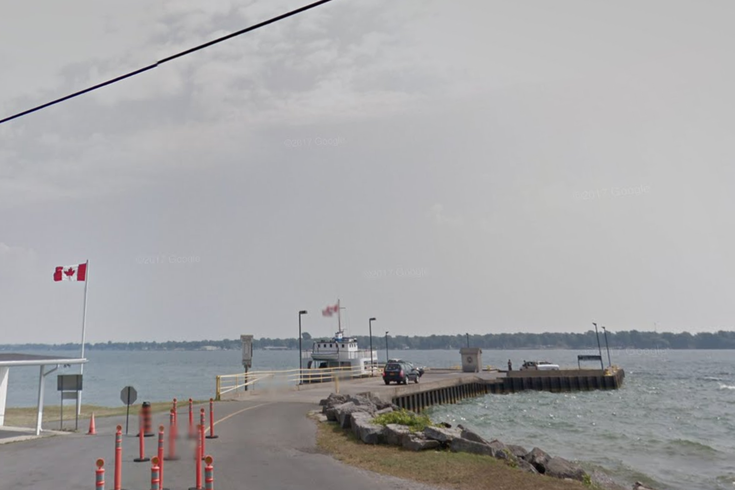 Seen above is a Canada Border Services Agency ferry stop on the border of Ontario and New York. A Philadelphia man tried to transport two undocumented immigrants from Ontario to New York, and then to Philadelphia.

A Philadelphia man was charged this week with transporting undocumented immigrants into the United States, from Canada to upstate New York.

Jaswinder Singh, 30, is charged in U.S. District Court in Syracuse after authorities said he was caught in Ogdensburg, New York, one town over from Waddington, a town of roughly 1,000. Singh and two others arrived in Waddington after crossing the St. Lawrence River, about 75 miles from Ottawa.

A U.S. Customs and Border Protection Air and Marine helicopter pilot noticed a boat cross the river from Canada to the United States around 9:30 p.m. on May 20, according to the Watertown Daily Times.

The pilot told a Border Patrol agent that he'd seen the occupants enter a vehicle and drive away. Less than an hour later, the vehicle drove past the Border Patrol agent, who followed it before and pulling it over, the Daily Times reported.

According to authorities, Singh said the two passengers with him were his mother and cousin, both from India, and that they didn't speak English or have any identification. Singh had $2,200 in cash in his possession, money he said was payment for picking up his passengers with the intent of driving them to Philadelphia, a 400-mile trip from Waddington. (Ogdensburg, where Singh was pulled over, is 19 miles from Waddington.)

The Daily Times reported Singh is being held pending the charges, which carry a maximum prison sentence of 10 years and maximum fine of $250,000.