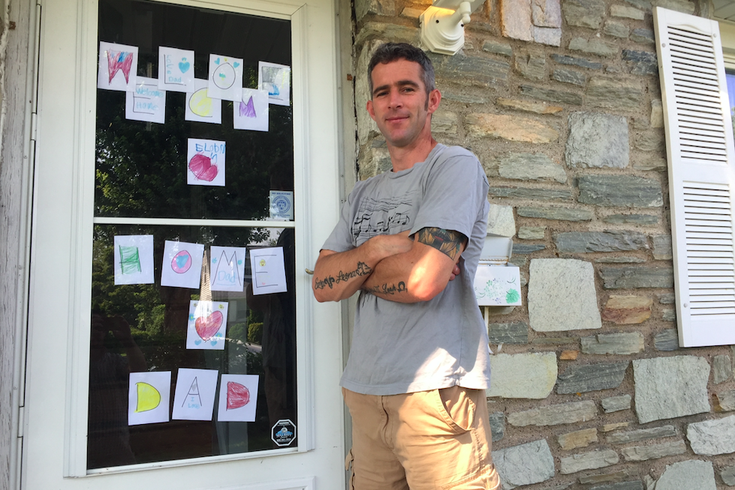 When Keith Byrne was released from ICE custody in late July, a U.S. District Judge granted him 30 days to take steps to seek a legal review of his case.

That temporary window has since closed for the 37-year-old Irish national, who was swept up by U.S. Immigration and Customs Enforcement (ICE) agents in Springfield, Montgomery County.

He'd spend 15 days behind bars fearing deportation despite an ongoing legal battle over his immigration status that’s been fought for more than a decade, until a judge intervened.

That move – announced via a notice of decision which isn’t a public document – staved off Griffin’s original plans to file suit in U.S. District Court.

“Basically, they will be giving us another chance to make arguments and present facts,” Griffin told PhillyVoice. “Now we can skip (the filing-a-lawsuit) stage.”

This development also comes with a 30-day timetable for Griffin to submit evidence and arguments as to why Byrne should be granted green-card status.

Byrne arrived in the United States in 2007 as part of a visa waiver program, which granted him a 90-day visit. He did not return to Ireland when that time elapsed.

A year later, he met his future wife, Keren, through mutual friends. They married the next year and started building a family and life together.

"ICE has confirmed that it will remain hands-off until the administrative process is complete before USCIS." –Thomas Griffin, attorney

Over the course of the subsequent decade, Keith Byrne built a painting business that enabled him and his wife – a nurse at Jefferson Methodist Hospital in South Philadelphia – to buy the home of their dreams in Springfield last December.

Through it all, Keith Byrne toiled to secure residency, living and working legally in the area.

A lapse in filing a recent appeal – officials were loathe to approve him for residency because of minor marijuana infractions more than a decade ago in Ireland – led USCIS to refer his case to ICE.

A public affairs officer for the local USCIS office was unable to comment on the matter, as privacy laws prevent the agency from speaking publicly about individual cases.

A spokesman for the local ICE office did not immediately respond to a request seeking comment, but they have reportedly weighed in privately.

“ICE has confirmed that it will remain hands-off until the administrative process is complete before USCIS,” Griffin said.