Despite fortuitous ruling, the Montgomery County Irish national's immigration battle is far from over 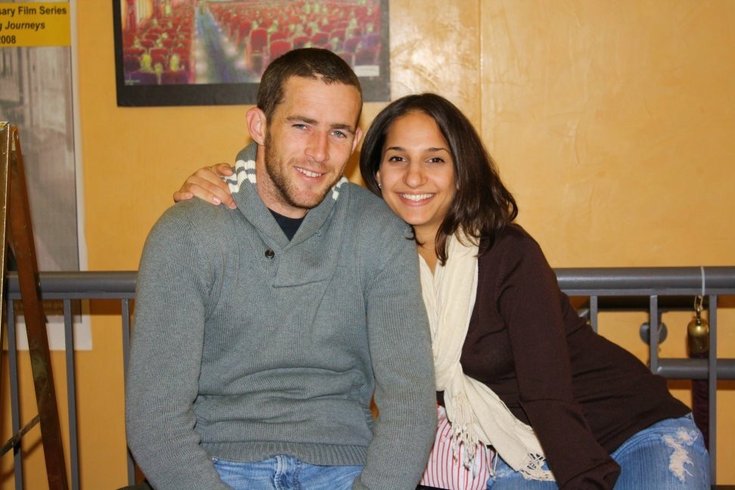 Keith and Keran Byrne would get married about a year after their first date. They hit it off instantly, Keran recalled as her husband awaits possible deportation.

After two weeks of uncertainty and fear, Keith Byrne – the 37-year-old Irish national swept up by ICE agents on his way to work in Montgomery County on July 10 – learned Wednesday night that he would soon be released from custody.

While that means he could return as soon as today to his home in Springfield Township to be with his wife Keran and three children, his immigration battle is far from over. The court order frees Byrne for 30 days, during which he can take legal steps seeking judicial review of his case.

Irishman has called Philly area home since '07, but ICE wants to send him back

Earlier Wednesday, he’d filed an emergency petition for writ of habeas corpus in the U.S. District Court for the Middle District of Pennsylvania, arguing that federal immigration entities did not properly investigate Byrne’s previous appeal of an “adjustment of status” rejection.

“We won the first battle,” said Griffin, noting that Byrne remained in custody overnight because the order came so late in the day. “I expect him to be released (Thursday) to get back to Keran and the kids, and continue his fight for legalization in the federal court in Philadelphia.”

While Keran Byrne was not available for an interview after the decision came down, earlier this week she spoke in depth with PhillyVoice about Keith’s lengthy battle for residency.

He arrived in the United States in 2007 as part of a visa waiver program, which granted him a 90-day visit. He did not return to Ireland when that time elapsed, however.

A year later, he met Keran through mutual friends and they married the next year and started building a family and life together.

Over the course of the subsequent decade, Keith Byrne built a painting business that enabled he and his wife – a nurse at Jefferson Methodist Hospital in South Philadelphia – to buy the home of their dreams in Springfield last December.

Through it all, Keith Byrne toiled to secure residency, living and working legally in the area, and attaining a driver’s license and Social Security number.

A lapse in filing a recent appeal – officials were loathe to approve him for residency because of minor marijuana infractions more than a decade ago in Ireland – led United States Citizenship and Immigration Services to refer his case to ICE.

The petition filed by Griffin on Keith’s behalf made a case under the federal Administrative Procedure Act, arguing the government did not properly handle that appeal, thus giving him the right to sue the agency.

The judge's order does not ensure that he will get to stay in the country, only that his most recent appeal gets a fresh review.

UPDATE: PhillyVoice was provided with a copy of Conner's two-page order granting Byrne's release. It states:

"Keith Byrne shall be temporarily released from custody of Immigration and Customs Enforcement for a period of 30 days  during which time he may seek injunctive relief and judicial review of his final denial of adjustment of status in the United States District Court for the Eastern District of Pennsylvania.

"Nothing herein precludes the United States and ICE from re-detaining Keith Byrne and reinstitution removal proceedings following the above-mentioned 30-day period, subject, however, to any injunctive relief that may be issued by the United States District Court for the Eastern District of Pennsylvania."