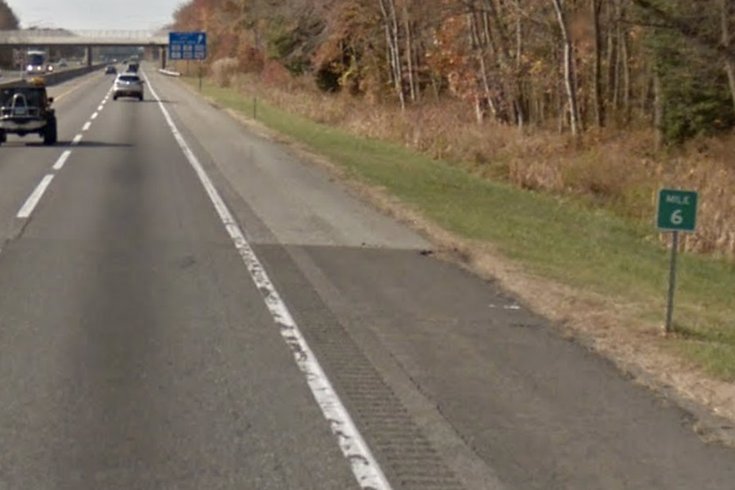 The incident occurred Monday morning near mile marker 6 in the southbound lanes of the New Jersey Turnpike in Oldmans Township, Salem County.

A 75-year-old man was seriously injured Monday morning when a 50-pound dumbbell fell through his windshield as he drove along the New Jersey Turnpike, according to state police.

The incident occurred around 7:15 a.m. in Oldsman Township, Salem County, as the driver approached the turnpike's milepost 6.6 in the southbound lane.

Authorities said the victim, identified as Hamilton Township resident Jack Decarlo, was airlifted to Crozer-Chester Regional Medical Center in Delaware County to be treated for his injuries, according to NJ.com. His condition was not immediately revealed. A female passenger in the car was unharmed.

Both sides of the New Jersey Turnpike were temporarily shut down but have since fully reopened.

Aerial footage from the scene showed a black SUV with a large hole in the windshield on the driver's side, though the glass otherwise remained intact.

State police have not ruled out the possibility that the dumbbell was intentionally dropped from one of two overpasses nearby the scene. An investigation remains ongoing and anyone with information about the incident is asked to contact New Jersey State Police.

Seeking info on serious MVA on NJTPK SB MP 66 Oldmans TWP. Anyone with info or may have witnessed MVA should call NJSP at 856-235-1937