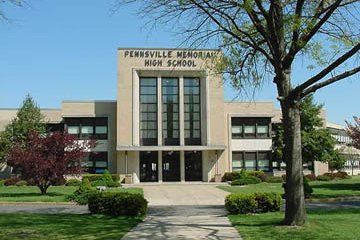 A New Jersey high school wrestling coach has resigned amid allegations that he was caught with an open container in a car with several teenagers.

Pennsville Memorial High School coach Kenneth Emmons, hired last year to lead the wrestling team and serve as an assistant baseball coach, was allegedly caught with an open Coors Light during a May 9 vehicle stop near Riviera Drive, according to authorities.

Emmons, 23, was joined in the car by two unidentified juveniles, one of whom was driving the vehicle when it was stopped at around 3:22 a.m. At the time, Emmons was cited for possession of an open container of alcohol in a vehicle, which carries a potential $200 fine, NJ.com reports.

On Thursday, Pennsville Superintendent of Schools Dr. Mike Brodzik confirmed that Emmons stepped down from his position May 9 during a board of education meeting. He said that nontenured teaching staff members who are accused of a criminal offense or unbecoming conduct — including Emmons, who was also a substitute — are required to resign or face termination.

Emmons, himself a former star athlete at Pennsville, brought immediate success to the wrestling program during his first year as head coach, notching an 18-5 record and a co-championship of the Tri-County Conference Classic Division.