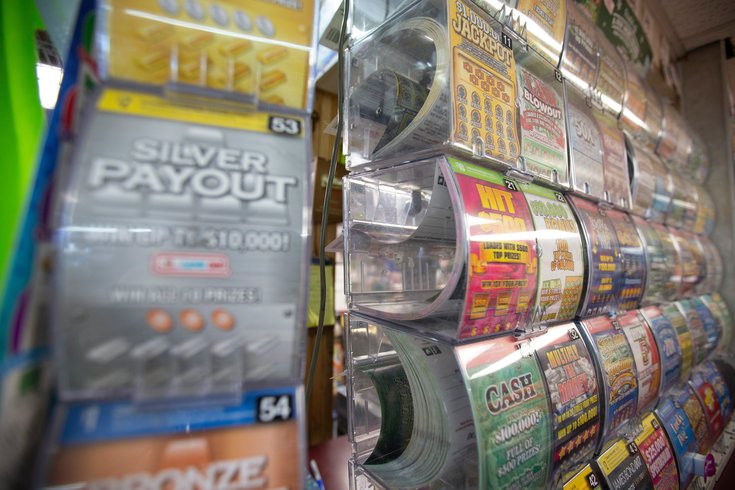 A New Jersey Lottery ticket worth $3 million was recently purchased at Rancocas Wine and Spirits in Mount Holly, Burlington County. The image above is a display of lottery tickets in Indiana.

The third time's the charm.

A lottery ticket worth $3 million was recently purchased at Rancocas Wine and Spirits in Mount Holly, the New Jersey Lottery revealed. But it wasn't the first time the man who bought the ticket had won that day.

MORE NEWS: More overnight lane closures scheduled for I-95 in Philly and Delco next week

The man, whose identity has not been released, started the day with a $50 scratch-off win while he was buying his morning cup of coffee. He decided to buy one more, and that ticket netted him another $100.

Later that day, the man drove by the liquor store and decided, "Why not? I'm on a lucky streak," the Lottery reported. He bought a $3 million Ultimate Riches ticket.

He'd had his fill of slowly scratching and uncovering numbers for the day and opted to just scratch the barcode on the ticket and scan it.

The machine told him to see the clerk, and the man was overjoyed to see what he initially thought was a $300,000 prize. It was until a moment later that he realized he'd actually won 10 times that amount.

The liquor store is located at 315 Rancocas Road in Burlington County for those looking to try their luck.