New Jersey's highways are the worst in America – and Pennsylvania's aren't much better, report finds

High spending and poor road conditions are a rough combination 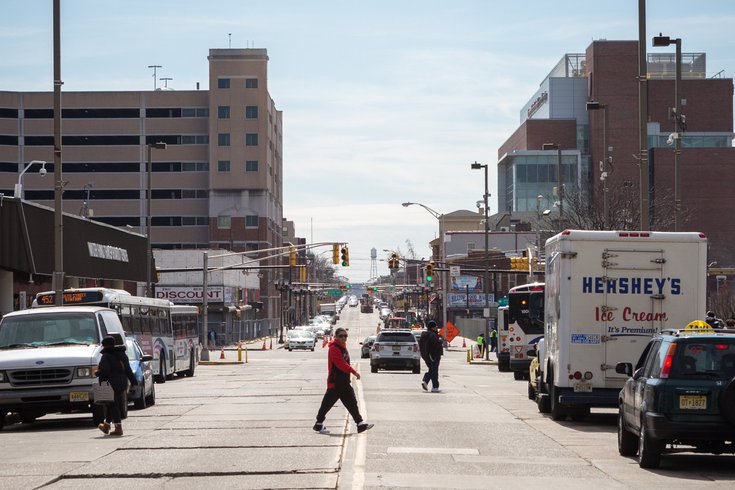 The Reason Foundation's annual highway report ranked New Jersey as having the worst-performing highway system in the United States. Pennsylvania's roads weren't much better, ranking No. 39.

For the second year in a row, New Jersey ranked dead last in the Reason Foundation's annual highway report.

The report ranks states based on the condition and cost-effectiveness of state-controlled highways, evaluating them in 13 categories, including pavement condition, deficient bridges, traffic fatalities, spending per mile and administrative costs. Pennsylvania ranked No. 39.

New Jersey' rough ranking was due to its coupling of high spending and poor road conditions. The state spends $1.136 million per square mile of state-controlled highways – the most in the country, the report found. That's down from the $2.18 million it spent in 2016, but it still dwarfs the $26,943 that top-ranked North Dakota spends.

New Jersey also has the worst urban congestion. The report found drivers spend more than 86 hours in traffic jams each year. By contrast, Pennsylvania motorists spend 35.5 hours stuck in traffic – and that was still the sixth worst in the country.

"The state (New Jersey) has the worst of both worlds: high spending and poor roadways," the report's lead author, Baruch Feigenbaum, told NJ.com. "The state spends the most money per mile in three of the four disbursement categories but still ranks in the bottom 10 in three of the four pavement condition categories (urban interstate, rural arterial and urban arterial)."

Pennsylvania ranked in the bottom half of most categories. It fell among the 10 worst states in urban congestion, structurally deficient bridges and urban interstate pavement condition. The state spent $102,329 per mile – the 16th highest in the country. Its fatality rate ranked No. 22.

"More than 15% of Pennsylvania's bridges are structurally deficient, 1.5 times higher than New York's 10% and three times as high as Ohio's 5%," the report reads. "In traffic congestion, Pennsylvania does fare better than New York, but the state's 35.53 peak hours spent in auto congestion is approximately seven times higher than the 5.68 hours spent by Ohio drivers."