The district surveyed "nearly 1,900 storefronts" and found some improvements, but more is still needed 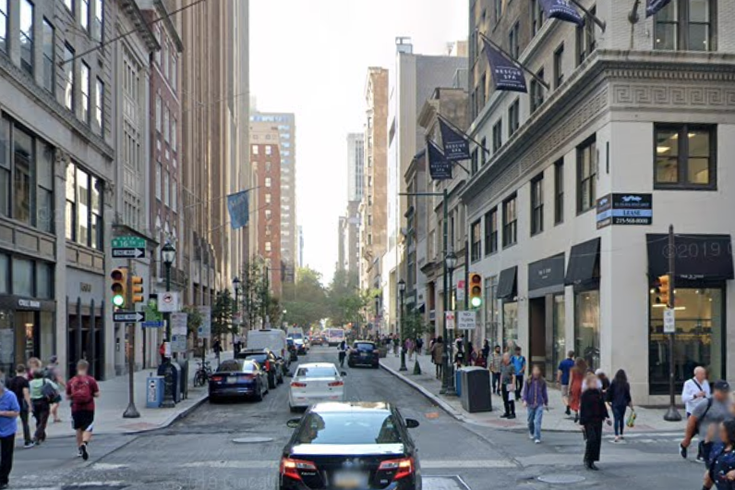 In their attempt to map the city's recovery from the economic impact of the COVID-19 pandemic, the Center City District released data from a survey conducted from nearly 1,900 Center City businesses, finding that job growth is steadily on the rise, even as remote work continues for residents across the city.

Philadelphia's COVID-19 recovery is complicated, as residents brace themselves for the third year of the pandemic amid returning to in-person work, balancing ever-changing vaccine guidelines, and adjusting to rising costs.

As city residents and commuters return to Center City and the surrounding area, officials are looking to map out what Philadelphia's full economic recovery may look like.

In a survey conducted by the Center City District, the development corporation found that 80% of retailers had reopened, with nearly all of the businesses that closed during the initial surge of the pandemic open and welcoming visitors.

Still, with remote work gaining popularity even as cities fully reopen, and many suburban commuters still working from home, the Center City District notes that the city's largest business district still has room for improvement.
"Philadelphia has restored 54,300 jobs from a low point of 626,800 in April 2020. Still, the city is... 9% below its February 2020 level," the report reads. It also notes that employment increased to 681,100 jobs in September, up 1,800 jobs from the end of August.
Unemployment dropped to 8.1% across Philadelphia in September, which the Center City District notes is lower than that of New York City but higher than Washington, DC and Boston. Unemployment claims rose to 18,500 in September, still way down from April 2020's rate of nearly 100,000 weekly claims.
Dining in Center City is back, with 396 restaurants open for either indoor or outdoor dining, and only 5 restaurants permanently closed throughout the business district.
The popularization and controversy over pandemic "streeteries" might have something to do with it, as many Center City restaurants have some kind of outdoor dining apparatus or sidewalk cafe to allow even skeptical visitors to dine out.

What this means for Philly's recovery

Employment across the country took a nosedive in August 2021 as a record 4.3 million people voluntarily left their jobs in what economic experts are calling "The Great Resignation." Many people, still grappling with the impacts of the ongoing pandemic and struggling with the resumption of in-person work, left their jobs amid a labor shortage which has hit some industries harder than others.
This is especially true for workers in education and throughout the service industry, who have seen major staffing shortages. The School District of Philadelphia has offered bonuses to teachers, librarians, and other school staff, while childcare centers across the city and the country have seen unprecedented levels of staff resignations.
The Center City District's report coincides with another recent report on the increase in foot traffic in downtown Philadelphia, which remains below average compared to pre-pandemic levels, but has increased as workers have returned to the city.
Some major traffic spots, like 17th and Chestnut Streets, have seen an average of nearly 20,000 pedestrians a day, while other places like 18th and Market Streets, have seen an average of only 9,647 a day.
The district's plan to increase the amount of unarmed, uniformed bike cop patrols throughout the business district to help alleviate some of the safety concerns they say residents are facing as they return to Center City was announced earlier this month, as part of a public safety plan to bring residents, commuters, and visitors back to the city's business districts that have been hit hard by the economic fallout of the pandemic.