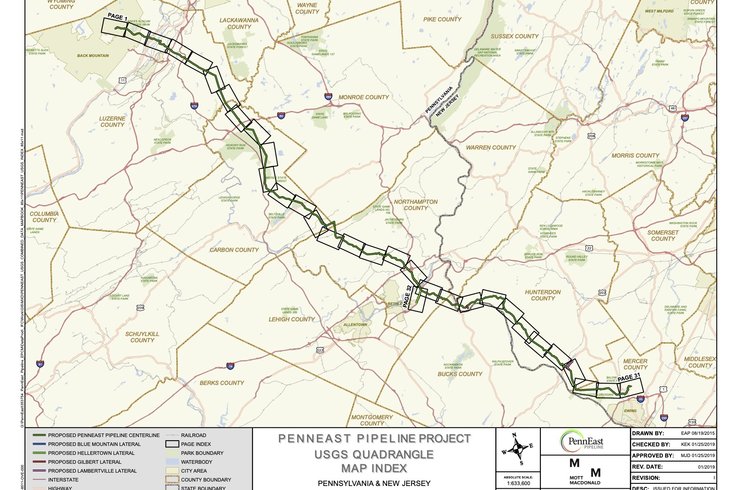 The proposed PennEast pipeline dates back to 2015, and has now had multiple applications closed by the New Jersey Department of Environmental Protection.

The proposed project, called PennEast, dates back to 2015 and would run from northeastern Pennsylvania to Trenton, according to the Associated Press.

MORE NEWS: N.J. man allegedly harassed farmers when they wouldn't let him have sex with their animals

But the NJDEP denied the PennEast Pipeline Company's application for multiple permits and water quality certification this week, citing an appeals court ruling from September which ruled the company didn't have legal authority to work on dozens of properties along the proposed pipeline site.

My Administration fought and won in court to stop the proposed 116-mile Penn East natural gas pipeline. This week, @NewJerseyDEP denied and closed the application.

We are committed to transitioning New Jersey to 100% clean energy by 2050. pic.twitter.com/DbdiF56IQs

The September appeals court ruling barred PennEast from using eminent domain to snatch up properties owned by the state, which are preserved for farmland and open space, according to the AP.

A PennEast spokesperson said the pipeline's sponsors remain committed to the project, despite the latest setback.

This isn't the first time the NJDEP denied PennEast permits and water certification: the department closed a similar application in June of 2017.