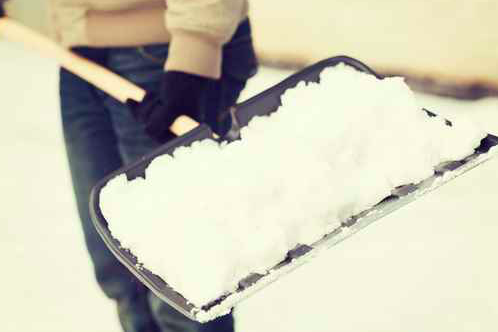 New Jersey Governor Chris Christie signed a bill earlier this week that will repeal a previous requirement that state residents possess a license to shovel snow for profit.

The "right-to-shovel" bill, sponsored by State Senator Mike Doherty and signed Tuesday, eliminates licensing requirements for snow-shoveling services and solicitors who promote their service within 24 hours of a predicted storm, according to Watchdog.org.

Last year, the licensing requirements drew backlash when two teenagers in Bound Brook were stopped by local police after going door-to-door offering to shovel for a small fee. The teens were told they needed a $450 permit that only remains valid for 180 days.

“It’s incredible that some towns wanted kids to register as businesses or buy expensive solicitation permits before offering to shovel their neighbors’ driveways and sidewalks,” said Doherty. “This new law sends the message that kids looking to make a few bucks on a snow day shouldn’t be subjected to government red tape or fined for shoveling snow.”

Although the bill lifts requirements for snow shoveling, towns that prohibit door-to-door solicitation will still be able to enforce those laws for other services and products.

“The enactment of this law is a win against big government bureaucracy that wants to regulate every little thing we do,” added Doherty. “With the potential for a big winter storm this weekend, the timing of this law couldn’t be better for New Jersey’s young entrepreneurs.”