Enshrining the right in state law will protect it from any efforts to overturn the U.S. Supreme Court's landmark ruling 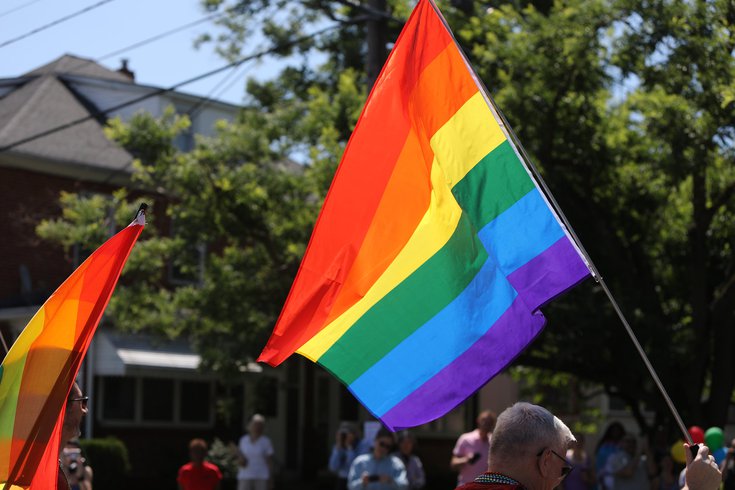 New Jersey lawmakers voted to codify the right to same-sex marriage Monday. The bill is expected to be signed into law by Gov. Phil Murphy, which would enshrine marriage equality in state law.

New Jersey lawmakers took steps to protect marriage equality Monday, with both houses of the state legislature voting to enshrine the right to same-sex marriage into state law.

Sponsors of the legislation say codifying same-sex marriage in New Jersey is important, especially with the U.S. Supreme Court weighing its precedents on abortion rights, which could signal a willingness to reconsider other landmark rulings, like marriage equality.

If same-sex marriage is enshrined in New Jersey law, any rulings that overturn the 2015 landmark decision on Obergefell v. Hodges, which legalized marriage equality nationally, would not impact the state.

"If the U.S. Supreme Court were to do the unimaginable and overturn marriage equality, this would have no bearing on the sacred right in our state of New Jersey," Christian Fuscarino, executive director of Garden State Equality, told WHYY.

In 2010, a bill to legalize same-sex marriage was rejected in the state Senate by a 20-14 vote. Most Republican lawmakers opposed the measure at the time. Several Democrats also opposed it or abstained.

"From the beginning, Republicans have opposed legislative and judicial efforts to redefine marriage in New Jersey and called for any changes to be put on the ballot for voters to decide," former Republican State Committee Chairman Jay Webber said after the bill failed in 2010. "We believe that the majority of New Jerseyans agree with that position."

In 2012, the state legislature passed the New Jersey Marriage Equality Act, but it was vetoed by former Gov. Chris Christie. The Republican also fought the legalization of same-sex marriage in the courts until 2013, when he dropped an appeal of a lower court ruling authorizing marriage equality.

Now, nearly seven years after the landmark Supreme Court case, New Jersey lawmakers want to enshrine the right to same-sex marriage into state law. That would protect it even if Obergefell is overturned in a future Supreme Court ruling.

The legislation to codify same-sex marriage passed the state Assembly by a 53-10 vote and the state Senate by a 35-4 vote. Each had bipartisan support.

The legislation's prime sponsor, Assemblywoman Valerie Vainieri Huttle, tweeted on Monday in support of marriage equality, noting she also was a prime sponsor of the 2012 Marriage Equality Act.

Gov. Phil Murphy is expected to sign the bill into law.

Five years ago, the Supreme Court ruled that marriage equality is the law of the land – bringing our nation one step closer toward living up to its founding ideal of equality for all. Today, we continue the fight to ensure everyone can live and love freely. #LoveWins ❤️🏳️‍🌈

Murphy did not specifically comment on the legislation as it made its way through the state legislature, but told WHYY that state residents are already aware of his support for same-sex marriage.