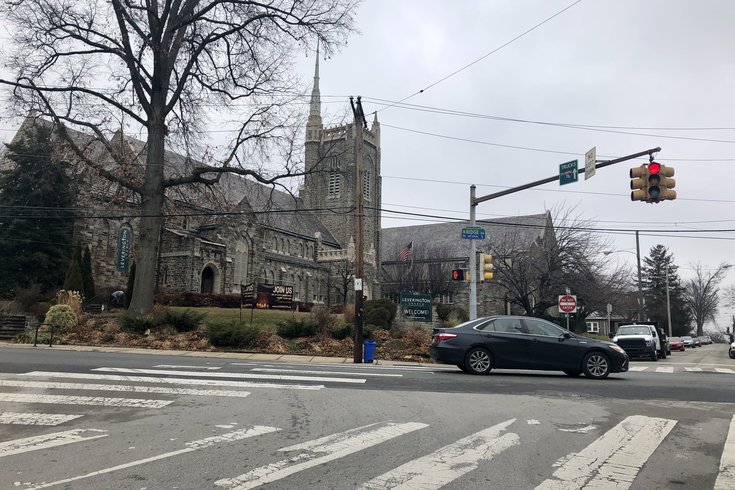 A new demolition moratorium protects some properties in Central Roxborough being demolished while they await historic designation. Among the properties is Leverington Presbyterian Church, at 6307 Ridge Ave., pictured above

Philadelphia's plight to protect and preserve its historic buildings has gained support from residents in recent years, particularly as neighborhoods across the city experience significant changes to their landscape.

Nearly every part of Philadelphia has had to grapple with the impacts of redevelopment and gentrification as communities shift and change, and Roxborough, in the city's Northwest section, is a snapshot of a community where older, historic buildings, have started to disappear.

A set of historic buildings in Roxborough are now protected from demolition following a move by Philadelphia City Council on Thursday, when councilmembers unanimously approved a bill that for one year will stop historic buildings on the blocks around the Ridge Avenue corridor from being torn down.

District 4 Councilmember Curtis Jones Jr., who represents Roxborough, introduced the legislation in November. It protects a portion of Central Roxborough – an area bounded by Roxborough Avenue, Fountain Street, Henry Avenue and Silverwood Street – that is pending approval by the Philadelphia Historical Commission as the Victorian Roxborough area.

Jones said the disappearance of Victorian homes is not unique to Roxborough. This style of residential property, which describes homes built between 1837 and 1901, is being torn down throughout Philadelphia, "sometimes for things as little as a Wendy's," Jones said, referencing the demolition of Roxborough's historic Bunting House in 2013 to make way for the fast-food restaurant despite neighborhood opposition.

Even though the Bunting House couldn't be saved, it renewed the attention on preserving historic buildings in the Northwest Philadelphia community and resulted in the Ridge Avenue Roxborough Thematic District, which was approved by the Historical Commission in 2018 and protects 188 properties, most of which are residential.

The comprehensive 443-page nomination document for Ridge Avenue Roxborough Thematic District documents the centuries-long history of Roxborough and the significance that 188 of its buildings represent for the neighborhood and the city. Those buildings, most of which were built between 1681-1908, represent the historical value of the community that stretches back to when William Penn first sold land to individual purchasers in the 1680s.

"From 1681 to 1839, Roxborough persisted as a linear village along Ridge Road with an economy based on agriculture, milling, and providing services to travelers," the nomination reads. "From 1839 to 1908, Roxborough slowly transitioned ... to a suburban community of homes for managers, business people, and artisans."

Establishing a historic district protect the buildings in several ways. For one, the Historical Commission regulates the demolition of historically-designated properties. Also designating a building – or group of buildings – as historic allows for maintenance and preservation work to be done on the property so that it doesn't fall into disrepair and have to be torn down.

Paula Brumbelow Burns, director of legislation at the Philadelphia City Planning Commission, testified against Jones' demolition moratoium at a committee hearing on Dec. 7. She said that, in the Planning Commission's view, a demolition moratorium moves the passage of the Victorian Roxborough Historic District to the top of the list of priorities for the Historic Commission, which could disrupt other pending designations.

"This process can have a negative impact on neighborhoods that have fewer resources and may negatively impact Black and brown areas of the city," Burns said.

Jones responded that the Planning Commission doesn't know Roxborough – he said members would "need a GPS to find" the neighborhood. He described how demolitions of old buildings in the community for the purposes of urban development has negatively impacted residents and that the area within the demolition moratorium has become a hotbed of overdevelopment as its residential population grows.

Single-family homes are being replaced by much denser developments, Jones said. "This adds to traffic congestion, this adds to parking concerns, because they rarely have a 1-to-1 parking component to them," he said.