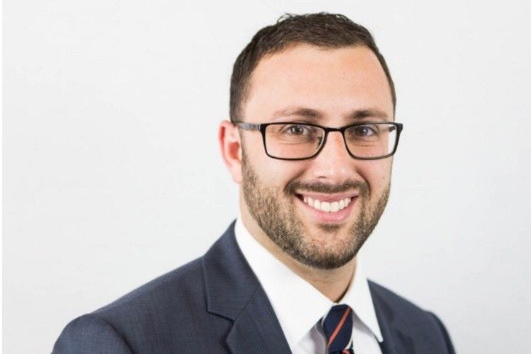 Bluestein, a Republican, will join the three-person election board once he receives approval from City Council. Schmidt is stepping down from his post of 10 years to serve as president and CEO of the Committee of Seventy, the local nonpartisan government watchdog group.

As a city commissioner, Bluestein will be tasked with operating the city's elections and managing voter registration. His previous responsibilities included overseeing election integrity investigations and quality control audits, as well as increasing access to open data.

In presenting his nomination, Kenney pointed to Bluestein's work in the 2020 general election. City election officials were the recipients of death threats and personal attacks for defending the vote-counting process as former President Donald Trump made unsubstantiated claims of widespread voter fraud in Philadelphia.

Kenney said Bluestein "has the experience and integrity to stand up for all Philadelphians."

Once confirmed, Bluestein will serve alongside Chairwoman Lisa Deeley and Commissioner Omar Sabir, both of whom are Democrats. Kenney was required by city law to nominate a representative from the city's minority party to fill the vacant seat.

"I'm grateful to Mayor Kenney for the trust he's placed in me," Bluestein said. "I look forward to continuing to serve Philadelphia, working alongside Chairwoman Deeley and Commissioner Sabir, to ensure Philadelphia's elections remain free, fair and secure."

Deeley called Bluestein "the most qualified candidate for the job."

"The job of commissioner is not about left vs. right; it is about competence and commitment to democracy," Deeley said. "As we go into the contentious midterm elections next year, it is important to have someone, like Seth, who knows and appreciates the work and does not have to learn on the job."

Schmidt, who has been the lone Republican to serve on the city's election board since he was first elected in 2011, said Kenney "nominated the best person to fill my vacancy."

"Bluestein's experience, work ethic and integrity are unmatched," Schmidt wrote on Twitter. "It's the right decision for Philadelphia’s voters."

Bluestein will serve out the remaining two years of Schmidt's third term. Bluestein would appear on the ballot in 2023 if he decides to run.

A lifelong resident of Philadelphia, Bluestein earned his bachelor's and master's degrees from the University of Pennsylvania.