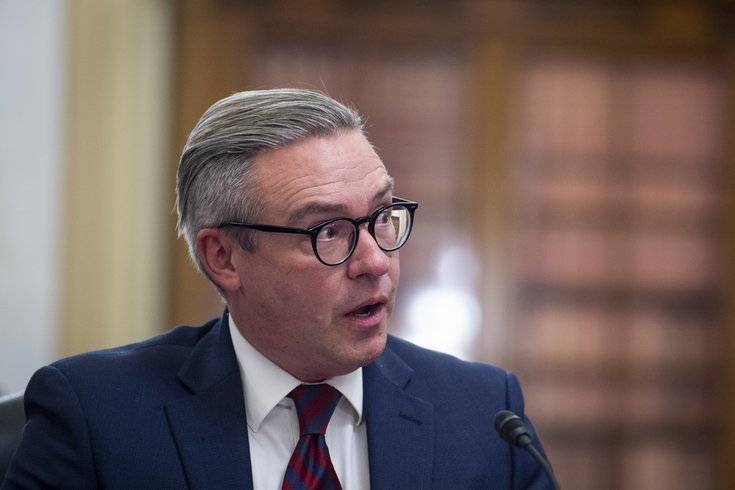 Al Schmidt has been the lone Republican to serve on Philadelphia's election board over the last decade. He is resigning from his role as a city commissioner to lead the Committee of Seventy.

Al Schmidt is stepping down as a Philadelphia city commissioner, ending a 10-year tenure that thrust him into the national spotlight during the 2020 presidential election.

The longtime Republican has been named the president and CEO of the Committee of Seventy, the local nonpartisan government watchdog group. Schmidt will begin his position Jan. 3.

"I look forward to stepping into this new role and building on the organization's 117-year history of delivering democracy," Schmidt said.

I’d also like to thank the @Committeeof70 Board of Directors for the faith they’re placing in me as the organization’s next President and CEO. I look forward to continuing to serve Philadelphia and PA in this new role and to keep fighting to protect our democratic institutions.

In January, Schmidt indicated that he would not seek a fourth term, saying he will have accomplished what he was elected to do by the end of his current four-year term.

"I think this is it for me," Schmidt told Philly Mag. "Not because of the turbulence, but because it's important to be aware that you got elected to bring about certain improvements, and there should be a clock ticking on the time you have to do that."

"In the birthplace of our republic, counting votes is not a bad thing," Schmidt told "60 Minutes" last November. "Counting votes cast on or before Election Day by eligible voters is not corruption. It is not cheating. It is democracy."

In the interview, Schmidt said he and his Democratic colleagues, Lisa Deeley and Omar Sabir, received death threats as they oversaw the counting of hundreds of thousands of mail-in and provisional ballots at the Pennsylvania Convention Center in Center City.

Trump later attacked Schmidt on Twitter for ignoring "a mountain of corruption and dishonesty" in Philadelphia. After Trump's tweet, Schmidt said his children began receiving death threats, forcing them to move way from home and be accompanied by security at all times.

Earlier this year, he testified before Congress about the impact of Trump's baseless accusations of illegal voting.

"During his 10 years as commissioner, and especially in last year's presidential election, Al has demonstrated a commitment to truth and fairness while on the world stage," Deeley said. "He has rooted out instances of fraud, he stood up to the most powerful man in the free world to defend democracy and he helped usher the department into the (21st) Century in a much more transparent fashion."

At the Committee of Seventy, Schmidt will replace David Thornburgh, who has led the organization since 2014. Schmidt's primary tasks will include advocating for fair congressional redistricting and opening the state's primary elections to independent voters.

"Al has dedicated his career to promoting government transparency, eliminating fraud and corruption, encouraging voter engagement and ensuring safe and fair elections for all people," Committee of Seventy Board Member Eric Kraeutler said. "We look forward to working with Al to promote democracy and to realize Seventy's vision for a better Philadelphia."