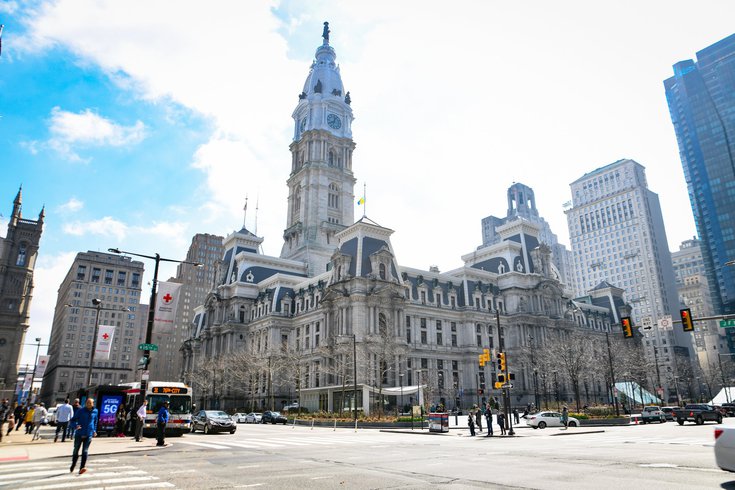 Controller Rhynhart and Councilmember Gauthier published a series of letters to Mayor Kenney expressing their dissatisfaction with his administration's gun violence prevention efforts.

City controller Rebecca Rhynhart and Councilmember Jamie Gauthier published two months worth of correspondence with the Mayor's Office on Wednesday, regarding his "inaction" on gun violence and prevention.

The messages stretch back to a joint press conference in July, where city leaders demanded a plan to curb violence and apportion $115 million in anti-violence funding as a starting point to reduce crime in Philadelphia.

"We want to be clear: we are wholly disappointed with the mayor's inaction," Rhynhart and Gauthier wrote in their joint statement on Wednesday. "The administration's failure to answer our demands for a more comprehensive and urgent response to gun violence, including providing trauma services to those affected by gun violence and prioritizing the ZIP codes with the highest volume of shootings, is unacceptable."

The series of letters, which began on July 22, urge that Kenney release a comprehensive plan for gun violence prevention and outlines eight objectives for doing so. Each point comes with a demand for a specific plan in achieving that objective.

Each goal includes information on how it will be implemented within 14 ZIP codes that are experiencing the "heaviest volume" of gun violence across the city.

These eight objectives include increasing programming at Recreation Centers within the ZIP codes most impacted by gun violence, ensuring all residents have access to quality health and mental health care, investing funding into workforce development, engaging with communities through nonprofit and for-profit organizations, engaging with the Gun Violence Response Team to address each gun violence hotspot individually and to communicate with the city about their own objectives.

Other demands include working with City Council to allocate $20 million in anti-violence funding for grassroots organizations, and expanding the Community Crisis Intervention Program in the highlighted areas.

Several days later, on July 30, Rhynhart and Gauthier say Kenney responded to their letter, but did not directly address the demands for increased efforts or present a plan. Instead, he touted previous initiatives and achievements, claiming the city's current efforts already address each of the objectives listed in the letter.

"And while I've not declared a state of emergency, something no other city suffering like ours has done, it certainly does not mean my Administration has not acted with due urgency to address this epidemic," Kenney wrote.

Over the course of two months, Rhynhart and Gauthier continued to send letters to Kenney's Office, even requesting a meeting between them and officials from the administration to discuss their full plan to prevent gun violence in the city.

They eventually met with officials on August 18, but the Mayor himself was not able to meet with them. Two days later, they sent a follow-up email to the administration, asking for additional information about how the city was planning to allocate and distribute $115 million in anti-violence funding.

In their last response, Mayor Kenney's Chief of Staff Jim Engler, responded with additional information but did not provide a full breakdown of how the money would be used for gun violence prevention.

In response to the publication of the letters, the Mayor's Office says that while they appreciate Gauthier and Rhynhart's attention to the issue, the administration has taken the crisis seriously, and has implemented a variety of initiatives meant to distribute resources to focus on communities that are most vulnerable.

The city's Gun Violence Response and Prevention Strategy is guided by the Roadmap to Safer Communities. The strategies are implemented by division, and includes Gauthier's district in Southwest Philadelphia. The city's Group Violence Intervention initiative began in the Southwest Division in 2020.

The city distributed $13.5 million in community expansion grants, and continues to work with hospitals on violence-intervention programs. Kevin Lessard, communications director for the Mayor's Office, notes that the South and Southwest Community Evening Resource Centers will open on Dec. 20.

"The Mayor firmly rejects and is deeply offended by the notion that he and his administration has not taken the epidemic of gun violence seriously," Lessard said.

"We will continue to work with our criminal justice and community-based partners to address this challenge, save lives, and protect communities in every corner of Philadelphia," he added. "Our administration is resolved to devote every remaining day of Mayor Kenney's time in office to stopping this senseless violence in its tracks."

Philadelphia reached a record of 530 homicides as of Dec. 14, according to police data. The city's former mayor, Michael Nutter, came out in defense of the victims of gun violence and their families in an Inquirer op-ed following a controversial statement made by DA Larry Krasner. Krasner later apologized to the families of homicide victims for the statement.