A petition calling for Michael Smurro's ouster from his position at Neptune Township Middle School has garnered almost 2,000 signatures 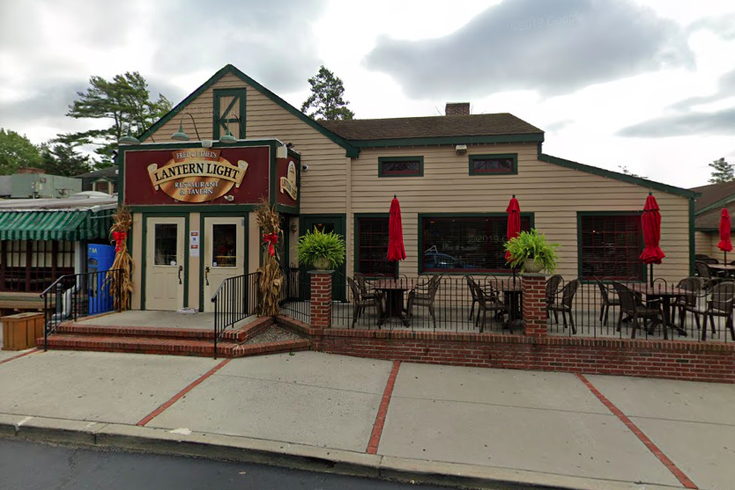 Fred & Ethel’s Lantern Light Restaurant and Tavern in the Smithville section of Galloway Township was the location of the transphobic incident that took place April 24.

A local advocacy organization is calling on the Neptune Township Board of Education to let go of the middle school vice principal who was at the center of a transphobic event that occurred at a South Jersey restaurant last week.

The Philly Metro Activism Network has started a petition demanding Michael Smurro be removed from his position as vice principal at Neptune Township Middle School in Monmouth County until the school district's investigation is concluded.

"A violent, transphobic and hateful physical aggressor does not belong anywhere near N.J. children," petition organizers wrote. "We demand that he be removed from his position IMMEDIATELY, without pay, until a full investigation of this situation is complete."

The petition is addressed to both the Neptune Township Board of Education and the New Jersey Department of Education. It has garnered almost 2,000 signatures as of Tuesday morning, with a goal of reaching 2,500.

A letter of demand that includes the petition and calls for better protection of students, specifically transgender middle schoolers, will be brought to the township board of education this week, the organization wrote.

The Philly Metro Activism Network is a local advocacy organization that has worked closely with the Black Lives Matter movement and other minority groups in Pennsylvania, South Jersey and Delaware. It engages in efforts like community outreach, public awareness campaigns, protesting and petitioning, legislation advocacy and financial support.

The transphobic incident involving Smurro, along with his wife, occurred April 24 at Fred & Ethel’s Lantern Light Restaurant and Tavern in the Smithville section of Galloway Township, Atlantic County. The event was recorded on video and shared on Facebook by a witness.

The confrontation began when the vice principal's wife, Lisa Smurro, kept loudly complaining about a transgender woman sharing the bathroom with her at the bar. This led to a back-and-forth with fellow diners who became uncomfortable with Smurro's shouting.

Michael Smurro became angry with the other customers filming the scene and approached the woman capturing the video as the couple got up to leave the restaurant. He then tossed a beer in the direction of the other patrons and dared them to meet him in the parking lot.

A restaurant server had attempted to intervene and communicate with Lisa Smurro before things escalated to that point.

Smurro said that when she later contacted the restaurant, she received an apology and was told the establishment had separate bathrooms that could be used by transgender people. She also blamed the situation on her and her husband being videotaped rather than her transphobic outburst.

The restaurant's owner, Tony Coppola, clarified that the tavern has a bathroom that can be used by families or for privacy, but that the separate restroom doesn't have specific signage for transgender people. He said that everyone is welcome at the restaurant.

New Jersey's anti-discrimination laws allow people to use restrooms and locker rooms consistent with their gender identities or gender expressions.

Michael Smurro issued an apology last week, saying that he does not "condone violence or discrimination of any kind."

"I allowed my emotions to get in the way of my normally sound judgement and reacted in a way that was inappropriate," Smurro wrote in an email to the Associated Press. "I do not condone violence or discrimination of any kind and should have simply walked away. I apologize to the person I threw my beer at and wish I hadn’t done so. I apologize to anyone I offended."

Neptune Township School District Superintendent Tami Crader said that the incident with Smurro and his wife is under investigation. Crader declined to say whether any disciplinary action had been taken, but said the district will not tolerate violent or discriminatory behavior.

"In our district, we celebrate our diversity and the uniqueness of all of our school community members," Crader said. "The actions shown in the video do not reflect our district’s commitment to inclusivity, cooperation, respect and non-violence. We are a community for ALL learners, including our transgender students."