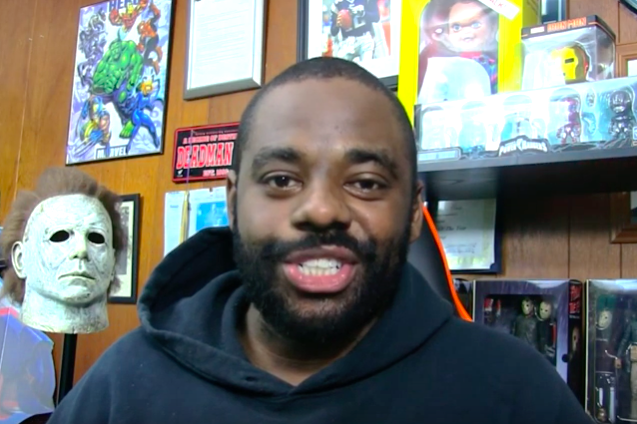 Ocean County resident Rashawn Bass hosts the YouTube channel "Minority v. Predator," where his videos attempt to expose child predators. His efforts have led to the arrest of at least one man, but police have instructed him to stop conducting vigilante investigations, saying his safety is at risk.

A New Jersey man is using his YouTube channel for vigilante justice by attempting to expose child predators in his area – despite police warnings to stop.

Ocean County resident Rashawn Bass runs the "Minority v. Predator" channel, where he posts non-professional attempts to expose sex predators, including footage of himself meeting in-person with alleged predators he finds online. The account, which has about 3,000 followers, appears to have launched three months ago.

Bass, 28, has a day job working at a carpet cleaning service in Toms River, but he is now being noticed for his unique YouTube account. He has brought two different suspects to the attention of the police since the start of the month, NJ.com reported. At least one of them resulted in criminal charges.

In conducting his own investigations, Bass posed as an underage girl online by creating fake dating profiles on apps such as Skout, using pictures from a childhood friend. After older men messaged the fake account and made sexual advances, he arranged a meeting. Bass then used Facebook Live to film the public encounters.

A March 1 video led to the arrest of Philip Stone, a 34-year old real estate agent from Lacey Township, who has been charged with "luring and attempted sexual assault."

On Sunday, Bass filmed a second confrontation with a man whose profile read "Steve Chase." Police responded to the incident but no charges have been announced.

Even though the informal sting operations have been partly successful, police said Bass is risking his own safety in meeting with the accused predators. In similar police-led confrontations, backup officers remain nearby in case the suspect becomes violent.

After Stone's arrest, police advised the public not to conduct its own investigations. Bass posted a video Friday thanking viewers who have supported his efforts.

"I've been called a hero a ton over the past week," Bass said in the video while sitting in front of a wall of superhero memorabilia. "I am literally the furthest thing from a hero."

He urged people to use other methods to prevent child abuse, encouraging parents to talk to their children and for victims of abuse to come forward.

"Say something," Bass said. "A lot of the times all these guys end up with is a slap on the wrist. And what are you left with? A lifetime of mental health issues."

A similar YouTube account, "Anxiety War," made predator-exposing videos before it was banned in 2016 by YouTube and Facebook. Two of the seven men exposed in videos made by host Zach Sweers sued him after they were arrested.