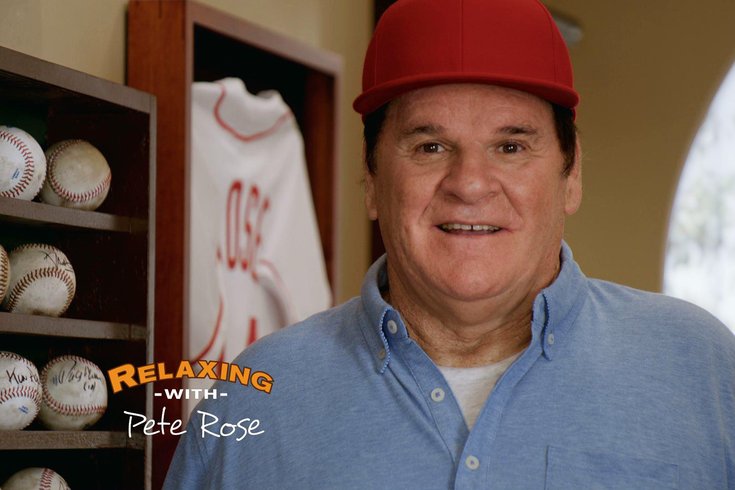 This photo provided by Skechers USA shows Pete Rose in an ad spot to be run during the Super Bowl on Sunday, Feb. 1, 2015.

Major League Baseball Commissioner Rob Manfred says he expects to face a decision on the status of Pete Rose, opening the door for possible reinstatement of the all-time hits leader for Hall of Fame consideration.

Rose was banished from baseball in 1989 for breaking the cardinal rule against betting on games, but after 25 years on the ineligible list the new commissioner acknowledged the issue of reinstatement would come before him.

"I have heard from his lawyer, and I do anticipate having a conversation about that," Manfred told ESPN Radio on Thursday.

Rose, who was found to bet on games as manager of the Cincinnati Reds but not against his team, has been banned from employment in the majors and from election into the Hall of Fame, which remains a hot-button item among baseball fans.

Rose, 73, can appeal to the commissioner for reinstatement.

"I've been very careful not to say anything about the merits of it because ultimately I'll have to make a decision there," said Manfred, who last month took over the MLB reins following the 22-year reign of Bud Selig.

"It's conversation I'm expecting to have."

As for on-the-diamond initiatives, Manfred said speeding up the game was a "multi-year" project, but stricter enforcement of existing rules could improve pace of play this season.

"We're talking about going to the batter's box rule we've been using in the minor leagues for years. You've got to get into the box and stay in the box," Manfred said about not allowing hitters to step out for ritual routines between each pitch.

"What that does is it allows better enforcement of the rule that already exists to when you need to deliver the pitch."

Baseball's rule book states that pitchers must deliver the ball within 12 seconds after receiving it, but that has not been enforced.

Use of a 20-second clock is planned this season in Triple A and Double A minor league parks, with pitchers charged with a ball in the count for failing to deliver a pitch in time.