Women are two times more likely to be affected by fibromyalgia than men, but healthcare providers are less likely to take women’s pain seriously, often dismissing fibromyalgia symptoms – including bodywide stiffness, fatigue, tingling, numbness, digestive upset, and migraines – as purely psychological or even attention-seeking. Others insist the condition is excruciatingly real.

In a column for The Atlantic, titled “Lady Gaga's Illness Is Not a Metaphor,” Spencer Kornhaber defends the musical artist's suffering, writing “a poorly understood but widespread disorder that seems to inordinately affect women, fibromyalgia is sometimes assumed to be psychosomatic.”

“Psychosomatic” is colloquially understood to mean “fictitious.” Most people believe psychosomatic illness is purely a figment of the imagination – that psychosomatic pain, in other words, is not real in the body. But the word “psychosomatic,” defined simply as “involving both mind and body,” pertains to the full spectrum of physical and mental illnesses, because all physical illnesses have a psychological component (consider Broken Heart Syndrome or the statistically higher rate of clinical depression in cancer patients) and vice versa.

New research suggests that fibromyalgia pain is psychosomatic; the harrowing sensation is very real in the body, but it can be incited by emotional trauma, much like the grief and betrayal Lady Gaga expressed in "Five Foot Two." That’s because, according to Dr. Howard Schubiner, founder and director of the Mind-Body Medicine Center at Providence Hospital, the brain handles physical and emotional pain the same way.

“We know there are two things that trigger pain neuropathways. One is tissue damage and the other is emotions that activate the exact same pain processes in the brain as physical injury,” he told PhillyVoice.

Schubiner says that pain is always caused by one of these two things or a combination of both. But, since there is usually no tissue damage involved in fibromyalgia, dealing with emotions that trigger what he calls the brain’s “danger-alarm mechanism” is often the only effective way to relieve the pain, especially when other physical, pharmaceutical, and even psychological interventions have failed, as they often do. The ineffectiveness of these treatments is on full display in "Five Foot Two." Lady Gaga, a celebrity millionaire with infinite conventional and alternative treatment modalities at her disposal, is still in constant pain.

“I just think about other people that have maybe something like this that are struggling to figure out what it is and they don’t have the money to have somebody help them,” she laments, while receiving what appears to be some type of chiropractic manipulation in a scene from "Five Foot Two."

“Like I don’t know what I’d f***ing do if I didn’t have everybody here to help me,” she sighs, writhing in agony on a chaise lounge. She’s receiving help but it’s clearly not helping her.

Schubiner, a pioneer in the field of mindbody medicine and the author of "Unlearn Your Pain," proposes a new, much less invasive treatment approach called EAET, or Emotional Awareness and Expression Therapy. He recently published a study in "Pain, The Journal of the International Association for the Study of Pain," which highlights the success of the treatment, especially compared to CBT, or Cognitive Behavioral Therapy. 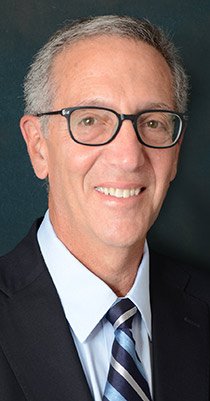 Dr. Howard Schubiner says many people’s physical pain is due to the way we’re conditioned to think about – and suppress – our emotions.

“We’re basically working with the emotions of anger, guilt, sadness, compassion, and, of course, fear. Often, these emotions are not recognized, acknowledged, expressed, or processed. So we give patients exercises to do just that.”

“Patients may need to scream at their boss or even imagine throwing him out of a window,” Schubiner said. “Victims of sexual assault might express the desire to castrate their rapists and send them to jail where they themselves are assaulted.”

A new wave of pain researchers like Schubiner believe many people’s physical pain is due to the way we’re conditioned to think about our emotions.

“To be good people, we suppress our emotions. We’re taught to think that anger is bad, but it’s actually a very healthy protective mechanism,” Schubiner said. "It’s only bad to act out of anger in real life. But it’s actually therapeutic to allow those feelings to be experienced and processed.”

THE GOAL: ELIMINATE THE PAIN

Guilt often goes hand-in-hand with anger in chronic pain patients, because much of the anger they experience is toward people they love, such as a parent or a child. There is a kind of chronic pain personality type, too. People predisposed to suffer chronic pain tend to be sensitive perfectionists who are often high achievers, like Lady Gaga. Because they are overly preoccupied with other people’s feelings and perceptions, they often neglect their own emotional health.

“People who have had difficult experiences in their lives often have learned that they can’t be, or shouldn’t be, or don’t know how to be compassionate toward themselves,” Schubiner explained.

The most unique and promising aspect of EAET, compared to other fibromyalgia treatments, is its goal to completely eliminate pain at the root, instead of simply managing it or helping patients cope. Schubiner believes the biggest hurdle is shifting the way patients think about pain from the old paradigm (that all pain is caused by tissue damage) to the new paradigm - that pain can be learned and perpetuated as a response to unprocessed emotional trauma.

“When people first hear these ideas, they usually react with disbelief and rejection. It requires a certain open-mindedness, courage – and desperation, clearly - because it is really hard for some people to question authority," he says. "They have been told by so many doctors that their pain is either caused by injury or else it isn’t real, and the more they hear this, the worse the pain becomes.”

Schubiner says it’s only a matter of time before this new pain paradigm is accepted totally by mainstream medicine. He emphasized the history of once “radical” ideas that are now common practice.

“The guy who discovered that handwashing saved women’s lives during childbirth – he died in an insane asylum because his ideas were completely ridiculed," he says. "Look how silly that seems now, in retrospect.”