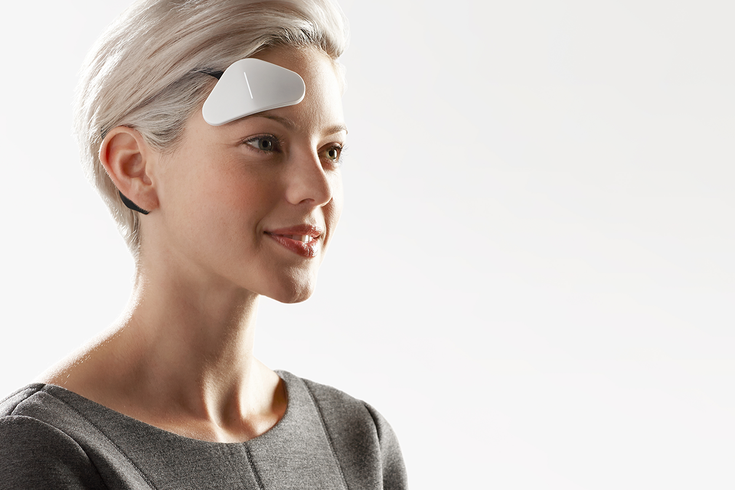 A new wearable device sends electrical currents through your brain to energize or calm you down.

Have you ever been so tired you wanted to inject coffee directly into your brain? Or so wired your fingers literally shake?

Finding a good balance of energy is tough - which is why one device is attempting to help you achieve it.

Thync, the wearable gadget launched in June, is placed right on the side of your forehead. From there, it sends tiny electric currents through the nerves in your noggin, which causes vibes.

You can choose between the "calm" or "energy" vibes depending on what you're looking for. The Wall Street Journal's Geoffrey Fowler has been using it and notices its effects:

The sensation is like drinking an espresso, accompanied by a tingle of prickly heat behind the ear. That’s the feeling of an Energy “vibe.” A vibe is Thync’s term for patterns of electrical pulses that elicit different responses in your nervous system. There are also Calm vibes, which for about an hour produce a wave of tranquility akin to a glass of wine.

The device, which is controlled through a mobile app, only works for about 80 percent of users, according to the Wall Street Journal.  The company says the device is completely safe and has gone through 150 studies and years of development. While the device does not fall under the U.S. Food and Drug Administration's regulation, the company tested it heavily anyway, according to Psych Central.

Getting the best effects, which last between 30 minutes and an hour, requires understanding your personal preferences, according to the company. Each of the two vibes has three different moods, meant for different sensations. The calm vibe has "ease" (meant for stress), "unwind" (to relax after a long day), and "rest" (to help you sleep).

The energy vibe has "alert" (for focus and motivation), "go"  (to help you exercise), and "boost" (feeling sluggish at work).

If you're interested in buying one, it'll cost you $299 to order a system through their website. You'll also have to purchase the replaceable strips that are attached to the device that cost $19.99 for a pack of five energy or calm strips. Currently, all orders won't be shipped until September.