The Eagles added a safety in free agency Thursday 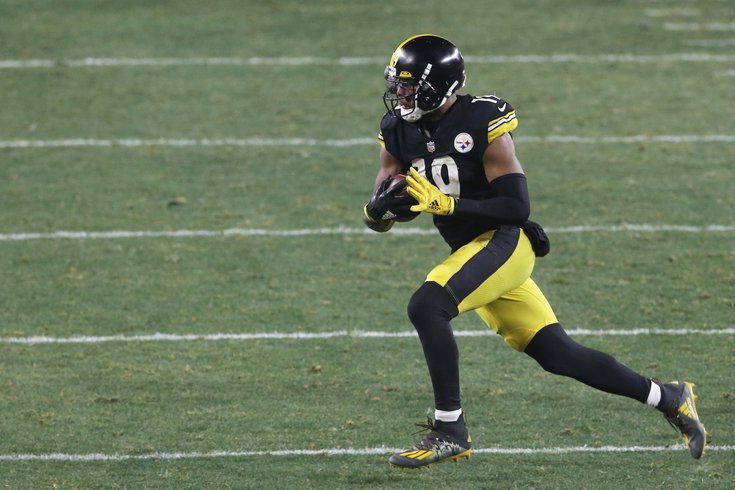 UPDATE [2:30 p.m.] — The Eagles have missed out on all of the best available quarterback options, both starters and back ups, but there is one key target still reportedly available, via either trade or free agency.

Decision is coming: The #Raiders asked QB Marcus Mariota to take a paycut down to just $3M this year, source said, and if he refuses the team will move on. While a release is likely, the team has been able to trade players they would cut. That remains possible. He is due $10.725M

The mobile veteran QB Mariota could be a nice fit into an offense built around Jalen Hurts, if he is willing to take that role in Philadelphia. He is by far the best option to back up Hurts that is either currently or soon to be available.

With Jalen Mills a Patriot, the Eagles were in need of a new safety and it appears that found their man.

The Eagles are planning on signing S Andrew Adams.

Adams, 28, won a Super Bowl with Tampa Bay last season. He has 32 starts in five seasons with the Giants and Bucs.

Andrews wasn't a starter in 2020, but in 2018 he had four interceptions and nine passes defended. Whether he will be the man in Philly or be a depth pickup is something we'll learn more about as the team comes together this offseason. We'll have more on him shortly...

The Eagles have spent the offseason making minor adjustments to many of their players' salaries trying to get under the cap and perhaps wiggle a little spending money with which to sign free agents, or to make trades.

There have been few noteworthy headlines, and their actual current salary number is up for debate, with many Eagles experts disagreeing on where the team stands currently. The Eagles had to be under the cap before the new league year opened on Wednesday afternoon, and restructures to Rodney McLeod and Jake Elliott — paired with the releases of Malik Jackson and Alshon Jeffery — may have given the Birds a little more room with which to work.

And if they trade Zach Ertz, or make a few other cost-saving moves, they may wind up with some money to burn.

If and when this happens, the most logical and likely scenario is that Philly simply adds some under-the-radar free agents sometime this weekend or even later, as they try and get the best value they can out of their limited resources. But there are a few other options — and Howie Roseman has never been scared of being aggressive.

The first is making a gigantic blockbuster splash, something we dove into yesterday when the Deshaun Watson rumor broke. A trade of that magnitude is exciting and appealing to many, but also has a lot of opponents and downsides.

Another path they may take is to bolster the wide receiver spot.

Many expect, or hope, the Birds will use the sixth pick in the draft to take one of the stud, top wide receivers like Ja'Marr Chase or DeVonta Smith. But the wide receiver market right now is reportedly extremely "soft" and perhaps a veteran wideout would be a helpful addition.

With what is probably going to be a sophomore (or possibly even a rookie) quarterback, the Eagles options at WR as of right now are Jalen Reagor (31 career catches), Travis Fulgham (38), Greg Ward (81), JJ Arcega-Whiteside (14), John Hightower (10), and a handful of other camp wideouts with little to no experience.

Kenny Golladay, 27, the top receiver on the market, by contrast, has 183 catches in his four NFL seasons, while another 27-year-old vet, Sammy Watkins has 321. Unfortunately for the Eagles, they might have already missed out on the former, as he reportedly already has an offer from Cincinnati and will visit the Giants this week.

The Eagles have a glaring need at wide receiver and there seems to be a market they could exploit. In addition to Golladay and Watkins, T.Y. Hilton (who has a Colts connection to Eagles coach Nick Sirianni), Breshad Perriman, Willie Snead, Will Fuller, JuJu Smith-Schuster, Demarcus Robinson and others remain very much available.

The longer these receivers stay unemployed, the more the Eagles should be able to extract some kind of excellent value while also bolstering an extremely inexperienced WR room in need of a veteran pass catcher.

We'll continue to monitor that, and everything else on the Eagles front today and you can follow along right here with our open thread and live stream right here:

This content and the links provided are sponsored by Pa.Unibet.com, a PhillyVoice.com Betting Odds Partner, independently created by PhillyVoice.