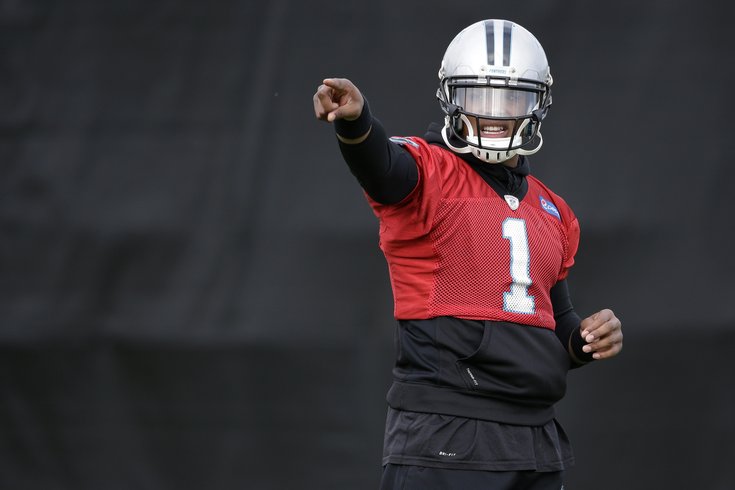 Are you a boring human being who is annoyed by Cam Newton? It could be a long night.

We've reached the finish line of the 2015 NFL season! While the Eagles have been doing things like firing and hiring coaches, extending players to new contracts, and beginning to wonder who their quarterback next season will be, two teams are still playing. Here's what I see happening tonight.

Broncos vs Panthers (-5): The Broncos and Panthers are both in the Super Bowl because they have elite defenses. A quick look at the team stats (yards allowed) will tell you the Broncos finished first during the regular season, while the Panthers finished sixth. However, in my view, the Panthers had the best defense in the NFL in 2015. The biggest reason why -- takeaways.

On the season, the Panthers had a ridiculous 39 takeaways, which was the most in the NFL by a wide margin:

The Panthers had more than triple the number of takeaways as the Cowboys and 49ers. In the postseason, the Panthers' ability to take the football away has only accelerated, as they forced two turnovers against the Seahawks, and seven against the Cardinals.

Here are the Panthers' giveaways/takeaways on the season:

The Panthers were +2 or more in 10 of their 18 games this season. They only lost to turnover battle three times, and were +32 (!) on the season. When you can take the ball away like that, while also protecting the football the way the Panthers do on offense, there's a pretty good chance you're going to end up in the Super Bowl.

Offensively, the Panthers love to run the ball down their opponents' throats. The league average in 2015 was 421.5 rushing attempts per team. The Panthers ran it 526 times, most in the NFL. That was an average of 32.9 rushes per game. Again, in the playoffs, that only accelerated, as the Panthers ran it 78 times (39 per game) against the Seahawks and Cardinals. Obviously, getting big leads in those game contributed to those lofty totals.

Conversely, the Panthers attempted 501 passes in 2015, which was 27th in the NFL. However, when they do pass, they are very efficient, as they average 7.7 yards per pass attempt, which tied them for sixth in the NFL.

The Broncos, meanwhile, were best in the NFL at stopping the run, allowing just 3.3 yards per carry. However, they are at their most dangerous when getting after the passer. In 2015, the Broncos had 52 sacks (most in the NFL) led by Von Miller and DeMarcus Ware. In the AFC Championship Game, while Denver "only" sacked Tom Brady four times, they hit him and knocked him down repeatedly throughout the game. Their ability to harass opposing quarterbacks will not be as big a strength against a run-heavy team like the Panthers.

Offensively, Denver is not very impressive. Peyton Manning has been a shell of his former self, and the Broncos' rushing attack is average. On the season, they averaged just 22.2 points per game, which was 19th in the NFL. That's down from 30.1 in 2014 (2nd in the NFL) and a staggering 37.9 in 2013 (most in a single season, all-time).

After two weeks of extreme over-analysis, I'm going to keep it simple. The Panthers take the ball away a lot, and they don't give it away. They also have a conservative but effective offense led by an extraordinarily physical rushing attack. They are a more balanced team that doesn't make many mistakes, and a forces a boatload of them.

Picks against the spread: Panthers (-5).