Week 2 NFL betting lines: Point spreads for every game, including Eagles vs. 49ers 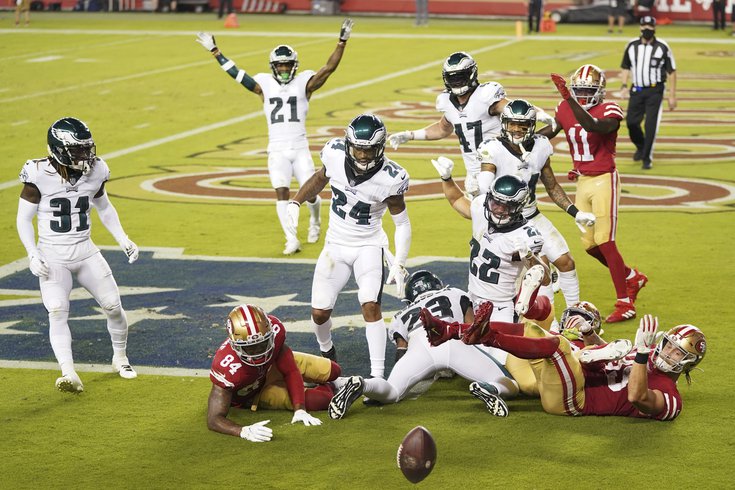 Well, Week 1 was nothing if not entertaining.

From upset specials — like the Saints, Eagles and Texans — to the powerhouses looking powerful — like the Bucs and Chiefs — there is no shortage of things to talk about as the calendar turns to the second week of the NFL slate.

And so it is certainly not too early to look at who is favored and by how much in those upcoming matchups.

Here's a look ahead at the odds and lines and point totals for Week 2 (all lines and over/under totals are via Sidelines.io's best available lines):

We start the week with two teams coming off losses to teams they should have beat, on a short week, which could make for some pretty ugly football. Add in the fact that Washington will need to rely on backup Taylor Heinicke, and this game has "under" written all over it. As for the spread, DC's defense should be able to handle Daniel Jones.

The Saints shocked the league in Week 1 dominating Aaron Rodgers and the Packers. If they made short work of a team thought of as a Super Bowl contender just one week ago, they should have no issues with the modest Panthers.

The Bengals beat a relatively talented Vikings team (in a boring OT) while the Bears looked pretty unimpressive on Sunday Night vs. the Rams. Chicago is favored at home but perhaps Cincinnati is a good upset pick.

Houston posted some good numbers in an opening day win over the lowly Jaguars, but they'll have their hands full against the high-powered Browns offense. The Browns should roll, though nearly two touchdowns is a big spread.

The Rams were everything we were promised in Matthew Stafford's debut, while the Colts were shaky at best, with Carson Wentz calling the shots for the first time. Even on the road, L.A. should roll.

Denver did what it had to to handle the Giants in Week 1, and has an even easier opponent in Week 2, against a Jags team that may not win a game this season.

Miami shocked many defeating the Patriots in Week 1, but will have a much tougher offense to contend with in Josh Allen's Bills, looking to rebound from a disappointing opener.

New England should have no problem dismantling the Jets, who looked particularly vulnerable against the Panthers last week.

The Eagles may be getting some help from the same injury gods who made the Niners' lives a living hell last year, with Brandon Aiyuk still injured and Raheem Mostert likely to miss Week 2. Can Philly pull off a second straight upset in their home opener?

Atlanta lost by double digits in Week 1 against a team in Philly that isn't nearly as good as the Bucs. No reason to doubt this one is similarly lopsided.

With the highest over/under of the week, oddsmakers expect this to be a shootout, and with Dallas' defensive issues it probably will be. Fantasy owners, fire up all the skill players you can from this one.

This should be a matchup of two playoff teams, each of whom is hoping to get improvement from the defense as the season progresses. This could also be a slugfest.

We'll have to see what the Ravens look like after Monday night, but their run game could be an issue and lead to a Kansas City blowout.

This is a good rebound opportunity for the Packers who should roll over the lowly Lions.