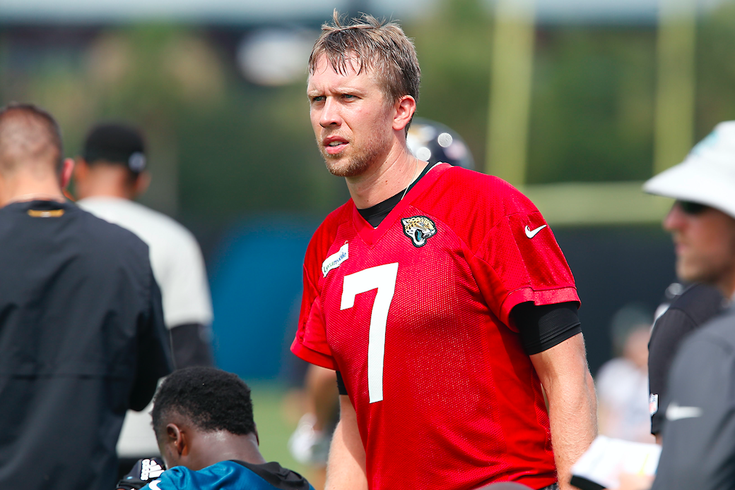 Jacksonville Jaguars quarterback Nick Foles organized a prayer for the victims of mass shootings in El Paso, Texas and Dayton, Ohio during a joint practice session with the Baltimore Ravens.

Former Philadelphia Eagles quarterback Nick Foles grew up in Austin, Texas, on the other side of the state from El Paso, where 22 people were fatally shot Saturday afternoon, shortly before another nine people were killed in a separate shooting in Dayton, Ohio. Dozens were left wounded in both attacks.

Foles, now with the Jacksonville Jaguars and participating in joint practices this week with the Baltimore Ravens, on Monday reportedly called together both teams to share a moment of silence for the victims of the two shootings.

Nick Foles on the two teams gathering to pray/hold a moment of silence before practice: "Life is happening outside of the football field and I think it’s important to remember that and say a prayer for everyone every single day." #Jaguars

It's hard to predict what level of success Foles will have with the Jaguars, but his leadership and poise were two of his most important qualities in leading the Eagles to a Super Bowl title. He has excelled at using life lessons off the field to make himself and his teammates better on the field.

The Ravens' participation in a prayer with the Jaguars also goes to show the respect Foles commands around the NFL.

The use of "thoughts and prayers" as a rubber stamp for acknowledging unspeakable grief has come under criticism as deadly shootings mount in the U.S. The gesture alone will never effectively address the combination of legislative and societal changes needed to address rampant gun violence, but it does help people heal and reflect on the kind of meaningful action they can take to engage this problem in a productive way.