Five great reasons to eat & drink outside on the summer solstice 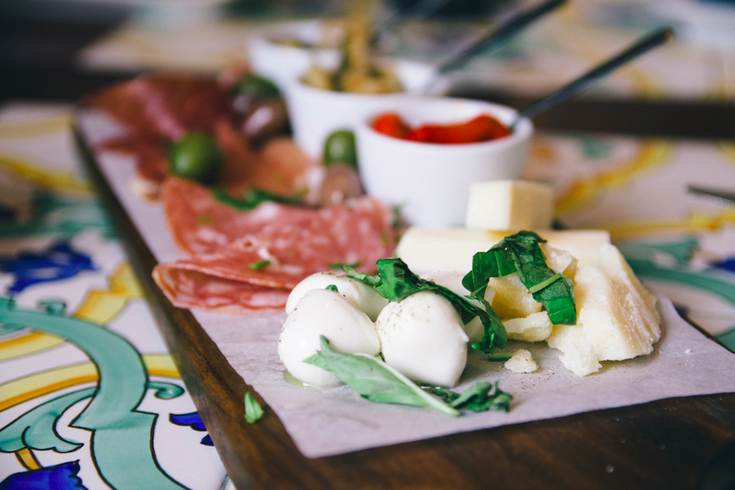 Positano Coast is one of the restaurants participating in Old City Eats.

There's a lot going on tonight that you (and your stomach) won't want to miss.

Two Philly neighborhoods are hosting parties in the street, Parks on Tap is back in Center City and Dilworth Park is inviting everyone to a big barbecue.

Check out our roundup below for what's happening on the summer solstice, June 21, but we're warning you, it may make you hungry.

The place to be on Thursday nights this summer is (drumroll, please) Old City.

And there's a huge block party to kick things off. You'll be able to eat and drink in the streets for cheap from 5 p.m. to 9 p.m.

Night Market announces the neighborhoods it will visit this season

Old City isn't the only neighborhood hosting a food-filled street festival tonight, though. The second Night Market of the season is tonight, beginning at 7 p.m.

In the car-free streets, there will be tons of food trucks, a beer garden and live music.

Never been to a Night Market before? Go hungry. You'll want to eat everything.

Get a free açaí bowl sample in Rittenhouse today

Today, SoBol is handing out free, four-ounce samples – perfect for those who haven't tried açaí before, or those who skipped the most important meal of the day.

It's too hot to cook at home. Head to the park in front of City Hall to grab some classic barbecue grub tonight.

Where's Parks on Tap this week?

In the mood to enjoy a cold beer outside, surrounded by nature? Well, you're in luck because Parks on Tap is still going strong. This season will be the longest to date, running for 23 weeks.

Through Sunday, the traveling beer garden will be at the Schuylkill Banks.