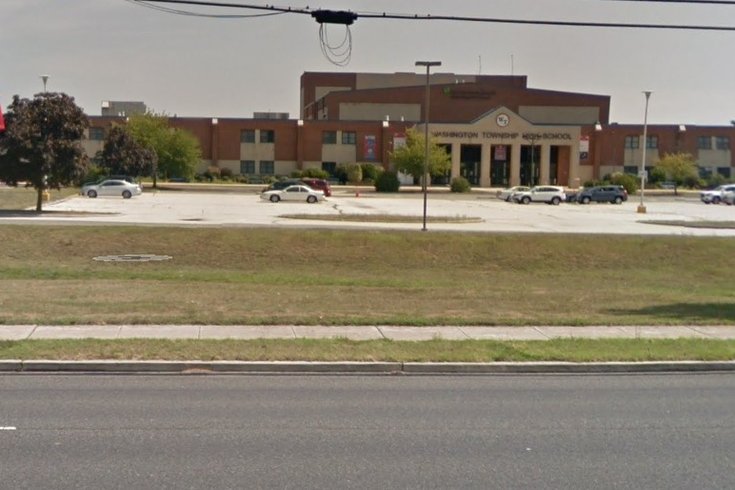 Racially charged text messages from a private conversation sparked a hallway scuffle and raised tension at Washington Township High School after screenshots from the group exchange were shared on social media.

The altercation at the Gloucester County school on Wednesday is the latest in a series of racially charged incidents at Philadelphia-area high schools this month.

Cell phone video captured the fight and also made its rounds online in the hours that followed.

Screenshots posted to Twitter show two students using the N-word in the conversation.

One of them later wrote the word repeatedly, citing "freedom of speech" after doing so. That student also wrote, "Y'all think your cool cause the color of your skins black, but I think we should bring the kkk back," text from the screenshot.

After seeing the comments, a group of about a dozen students who were mostly black confronted another student in the hallway. The student is seen wearing a red hooded sweatshirt in video of the incident that began circulating online in the hours that followed.

One video shows a school official intervening in that confrontation.

Another set of footage shows one girl going after the student before that same school official stops her, while another student is restrained by what appears to be two faculty members.

The students involved in the texted conversation and the incident on Wednesday have been suspended, and no criminal charges were filed, NJ.com reported.

Students reportedly dressed in black Thursday morning and staged a silent protest at the school. About 170 students also discussed their concerns in an "uncensored exchange" with school administrators in the school's performing arts center, according to the report.

At a group session held this week for Cheltenham students and parents, Quakertown Superintendent William E. Harner admitted his school district had a problem, The Philadelphia Inquirer reported.

"We need to do our very best to recognize it, own it and fix it," Harner, a 1974 graduate of Cheltenham High School, told the newspaper.

And just this week, pictures taken by Coatesville Area High School students that depicted Halloween pumpkins engraved with racist symbols that included a swastika and "KKK" circulated on social media, prompting a sharp response from the school district. Current and former Coatesville students were photographed posing with the pumpkins, and some images were posted to Snapchat. The incident has been reported to police.

That incident came one week after Coatesville School District officials were investigating another picture, reportedly taken by members of the high school's boys cross country team, of a black doll hanging from a locker room ceiling. The superintendent later told parents that the incident appeared to have been a "foolish prank" rather than racial intimidation.