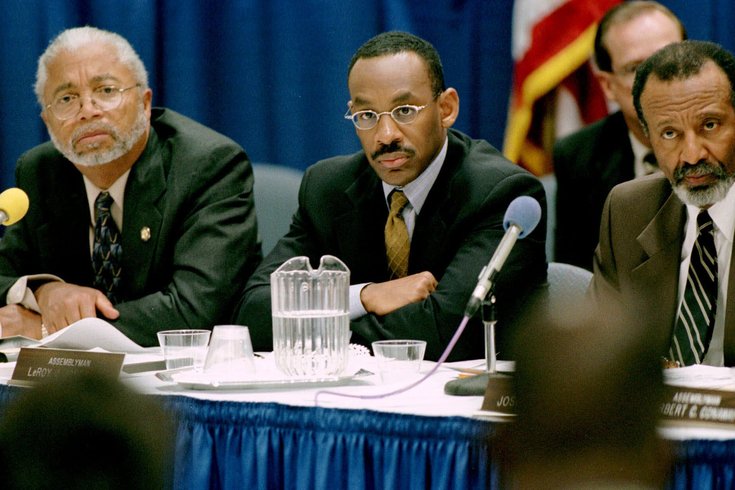 LeRoy Jones (middle) listens to testimony from a former New Jersey State Police Trooper at a hearing of the N.J. Legislative Black and Latino Caucus at Camden County College in Blackwood, N.J.

Surveillance video has emerged of a physical altercation between a New Jersey political leader and blind poll worker at a polling site for the East Orange primary election on June 2, CBSNews reports.

Leroy Jones, Chairman of the Essex County Democratic Committee, can be seen in the video throwing punches at 74-year-old poll worker Bill Graves, who is legally blind.

“First of all, I couldn’t see it coming, because right here, I can’t see nothing on this eye – absolutely, positively nothing,” Graves told CBS.

According to Graves, Jones stormed into the polling room to talk to him, and the situation quickly turned violent.

While Graves claimed he didn't know what sparked the incident, Jones, 57, provided an explanation.

“This man threatened my wife,” Jones told CBS. “This man assaulted my wife. This man charged at my wife.”

The politician said Graves got aggressive with his wife while she was checking credentials at the poll site, so she called her husband over to protect her. Jones said his intention was to have a civil conversation with Graves until the 74-year-old supposedly punched him.

Jones has been charged with simple assault.

See the encounter below: