The young riders reportedly were on their way to see a concert in Holmdel, but didn't reach their destination 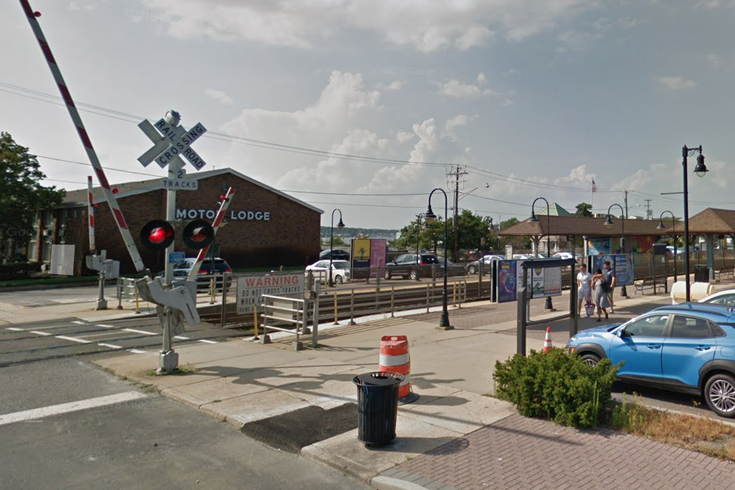 Shown here is the Belmar NJ Transit station, where passengers were told to leave a train after being "unruly" on their way to a concert in Holmdel.

Mayhem broke out on an NJ Transit train Wednesday evening, and a "brawl" involving younger passengers was caught on video before the passengers were told to leave the train.

The passengers involved in the melee reportedly were en route to a concert at the PNC Arts Center in Holmdel, according to News12. The band 311 performed at the Arts Center on Wednesday night.

In a video captured during the incident, the train in question appears to be substantially overcrowded. One rider is seen squeezed in the overhead luggage rack, while others are standing in the aisles and shoving each other:

New Jersey Transit train emptied after a brawl broke out on board between passengers on their way to a 311 concert at PNC Arts Center.

NJ Transit officials confirmed that "unruly customers" were asked to leave a train on Wednesday night, according to Patch.

Belmar police and NJ Transit police both responded to a call of a "brawl" onboard, according to News12. The passengers reportedly were traveling from Bayhead to Long Branch, but were told to leave the train at Belmar.

MORE: A third of Jersey's beaches were contaminated with fecal bacteria in 2018

According to News12, no arrests were made.