More than one-third of Jersey Shore beaches were contaminated with fecal bacteria in 2018, report says 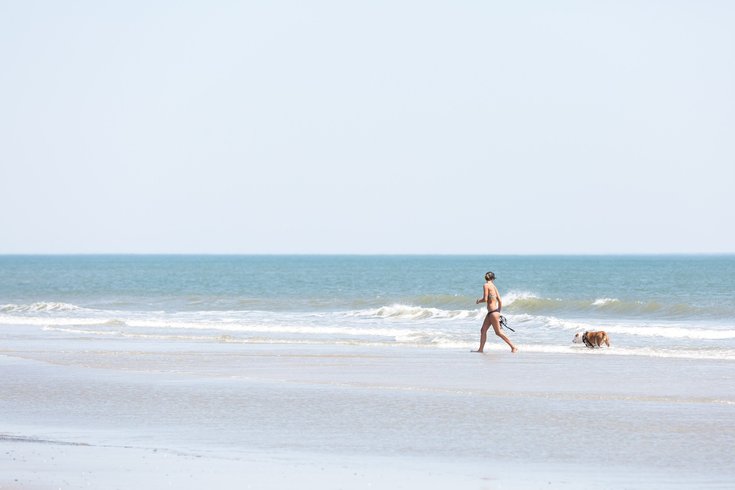 A survey by the Environment America Research and Policy Center found 48% of beaches on the East Coast tested unsafe for at least one day in 2018. At the Jersey Shore, 37% exceeded the safety threshold for fecal bacteria levels in the water for at least a day.

The report published by the Environment America Research and Policy Center, compiled data from the National Water Quality Monitoring Council to analyze water contamination by state and region.

Beaches can become unsafe if contaminated with fecal matter from water runoff, sewage leaks, and industrial-scale livestock operations. Contact with contamination can cause gastrointestinal distress, including diarrhea, vomiting, nausea, and stomach pain. It can also potentially cause respiratory disease, ear and eye infections, and skin rash.

The survey found that 48% of beaches on the East Coast tested unsafe for at least one day in 2018.

At the Jersey Shore, 133 beaches out of 356 beaches (37%) exceeded the safety threshold for fecal bacteria levels in the ocean water for at least one day. Ocean County, New Jersey, posted the worst numbers in the state last year, including Beachwood Beach West, which tested unsafe for 14 days.

Delaware beaches fared slightly better. Thirty percent of its beaches were found to be potentially unsafe for at least one day in 2018. Slaughter Beach in Sussex County was the worst offender, testing unsafe for 16 days.

The number of contaminated days at the Jersey Shore and Delaware beaches don't approach those recorded in New York and Maryland. In New York, 65% of the state's beaches and, in Marlyand, half of that state's beaches tested unsafe for at least one day last year.

Pennsylvania's beaches along Lake Erie faired the worst – 96% were found to be unsafe for at least one day. Though it's not too surprising given that the data found 75% of all Great Lakes beaches experienced high levels of fecal bacteria contamination in 2018.

On Thursday, the NJDEP reported two beaches are closed due to water quality issues – the 25th Street bay-front beach in Barnegat Light, Long Beach Island and the Windward Beach in Brick Township.