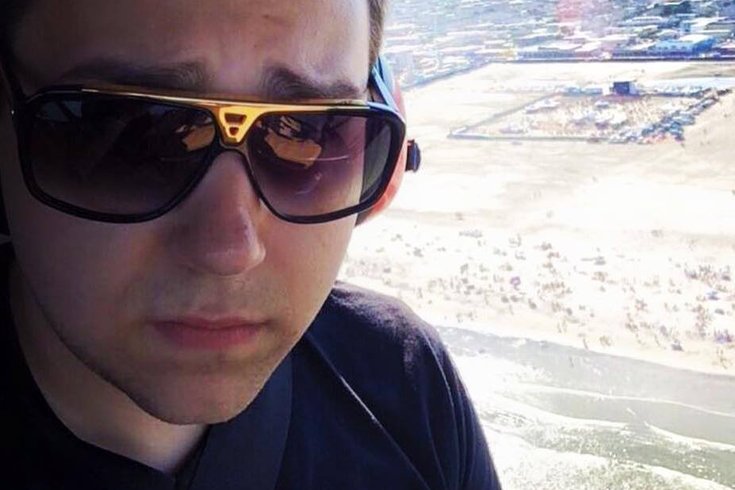 The email that initiated the investigation was made to look like it was sent by an employee in the Delaware County Adult Probation and Parole office, and contained racist language referring to black residents in Delaware County, authorities said.

According to police reports, on April 22, 2019, the Delaware County District Attorney's Office received a "courtesy email" about a breaking investigation from "Nik the Hat" Hatziefstathiou from his website, YC News. The next day, the prosecutor's office receivied emails claiming to be from journalists following the story, including Stephanie Wash, a coordinating producer from Good Morning America, and Liam Stack, a New York Times reporter, asking for comment on the story.

In the emails, the senders claimed to have information regarding a "decade-long scheme" and several "Delaware County agencies," the police reports stated.

The DA's office later confirmed that neither Wash or Stack had sent or authored those emails.

One month later, Hatziefstathiou posted an article on YC News that included screenshots of an alleged racist email sent in 2015 from someone identified as a supervisor in Delaware County Adult Probation and Parole, who allegedly used a racial slur.

Hatziefstathiou claimed he had received the email as a mistake.

Here is the redacted email, as per the police affidavit.

“Good morning, you don’t have to worry about job security … ROFL … so long as there’s a n---- in our county, you will have a full slate. Just make sure he registers as a (redacted) before applying, they’re extremely strict about that. Can’t have a bunch of gangbangs loving (redacted) in here … ha. (sic).

Local politicians quickly denounced the email last month, calling for an independent investigation of its source.

“I and my elected colleagues know – more than anyone else may know – that you cannot always believe stuff published on the internet,” state Rep. Margo Davidson, of Upper Darby, said during a rally outside the Delaware County Courthouse in Media, as reported by the Delco News Network. “Nonetheless, the accusations are disturbing and the ramifications are dire. They’re dire enough that they would affect tens of thousands of people, and we must be hyper-vigilant to make sure it is not true in Delaware County.”

Investigators later determined the racist message had not been sent from inside the Delaware County email system, police said.

During her press conference, Copeland said Hatziefstathiou "will use any means to create his false narrative." Hatziefstathiou is charged with 20 offenses in the county, including tampering with public records, forgery, prohibited offensive weapons, unsworn falsification to authorities, and related offenses.

Police attempted to arrest Hatziefstathiou at his home Wednesday morning, but he was not at his Broomall home. His social media accounts suggest he was in Brooklyn, Iowa, as recently as Friday.

Hatziefstathiou's attorney Charles Peruto said his client would surrender on Thursday and will be released on bail. Peruto said Hatziefstathiou was staying in California on Wednesday and made immediate arrangements to return to Pennsylvania once the DA filed the charges.

Only Action News was there when detectives went to arrest Nik Hatziefstathiou this morning. The young journalist runs YC News, an online site, where the allegedly fabricated racist email was published. DA will hold press conference at 1030. Stay w us for updates. pic.twitter.com/W81iElqhkF

According to the DA's office, Hatziefstathiou's history of legal problems includes using a burner phone to make prank phone calls, doctoring recorded personal videos from rappers Ice-T and Snoop Dogg as false evidence for alleged ongoing appeals from the DA's office, and using forged paperwork to obtain a PennDOT specialty plate identifying him as an employed full-time journalist.

On Twitter, Hatziefstathiou is a verified user and has more than 11,000 followers. Many have cited him as a source for celebrity gossip — especially Selena Gomez news.

live. love. laugh. make it count. s/o @taylorswift13 and my friends at @LiveNation for the wild Hamptons weekend. xox pic.twitter.com/XCjTDwcyte

Hatziefstathiou first started his parole in 2015 when he plead guilty to sending dozens of prostitutes to a neighbor's home in the Broomall section of Marple Township and then called authorities to report a disturbance.

An affidavit states Hatziefstathiou told a prostitute "I like to watch (redacted) get locked up" and "I'll slap you like a fish, and slit your throat if I see you again," over the phone.

During one of his parole meetings in January 2016, police confiscated his phone and found he had been recording himself making prank phone calls harassing hospital patients, using anti-semitic slurs against Jewish people, and threatening that he was coming to "f--k" a man's wife.

A few months later, PhillyVoice reported a judge told Hatziefstathiou to stop watching drug and law enforcement movies after he was acquitted for trying set up a local drug dealer to police.

In another instance of false impersonation, the affidavit states the Delaware County 911 center received a call in December 2017 saying someone had heard the n-word over the police radio. The person who reported the slur identified themselves as "Nik from NBC10." Police located the radio transmission on a website posted by user "NiktheHat."