Engineers are conducting test runs on the slide 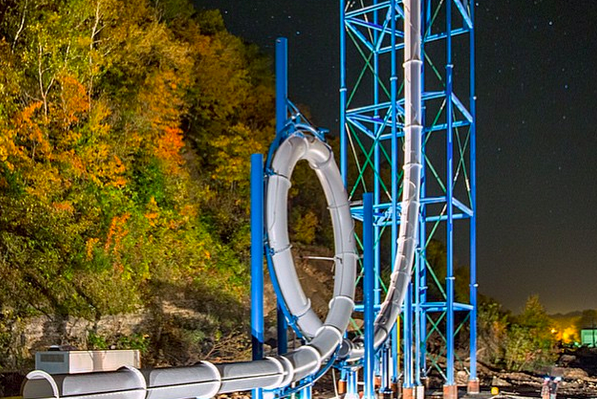 Action Park in New Jersey is opening a water slide that does a full loop.

Read More
A North Jersey water park with a rather infamous reputation may be reviving one of their claims to fame in the 1980s — a fully vertical looping water slide.
Action Park, of Vernon, N.J., is testing the "Sky Caliber," which is raised 50 feet in the air, drops riders 45 feet at 50 m.p.h. and has a 30-foot vertical loop, the Los Angeles Times reported Thursday. The new slide's design is akin to an old ride at the park, dubbed "Cannonball Loop," which was only open a short as it was a major safety hazard. 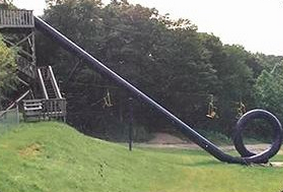 The "Cannonball Loop" was a water slide at Action Park in the 1980s. (Source/actionpark.com)
The new slide has something the old one did not: a safety pod for riders.
Action Park was reopened in the summer of 2014 after almost 20 years of being closed. The park was nicknamed "Class-Action Park" in the 80s due to an undertrained staff and questionable safety standards. Six people died there between 1980 and 1996, Mashable reported.
Since reopening, there have been no reports of major accidents at the park.
Meanwhile, Sky Turtle — the engineers of the new vertical, loop-de-loop slide — are conducting test runs. State approval is needed before the public can ride Sky Caliber.