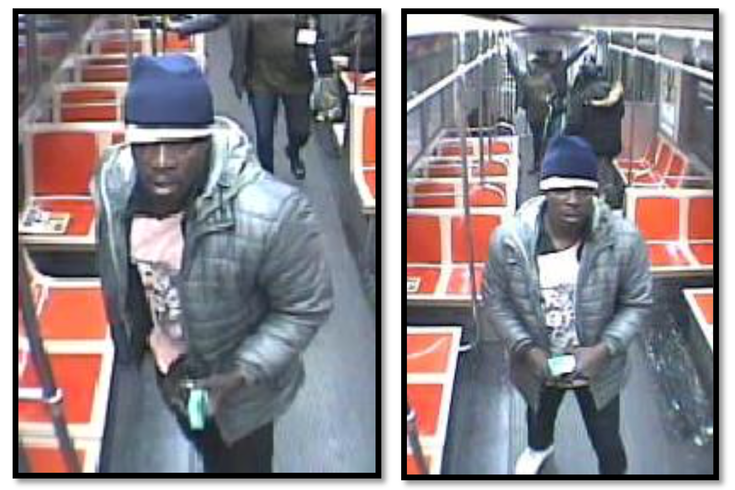 UPDATE, 5:22 p.m.: SEPTA's Transit Police force is asking for the public's help in identifying a man, pictured above, in connection with Friday morning's stabbing on the Broad Street Line:

"On Friday, Nov. 22, 2019 at 8:56 a.m., the man seen in the pictures below stabbed two juvenile males on a northbound Broad-Ridge Spur train just after it left the Erie Station. The victims continued to Olney Station were they walked to Einstein Hospital to seek medical attention. The assailant left the train at Olney Station, then re-entered the station and took a southbound express train."

Anyone with information about this man is asked to call SEPTA Transit Police at 215-580-8111.

The victims, both 17, managed to get off the train and walk to nearby Einstein Medical Center.

One of the teens was stabbed in the abdomen and was listed in stable condition, according to 6ABC.

The second teen was listed in critical condition. It was not immediately clear where he was wounded.

No arrests have been made and an investigation is ongoing.