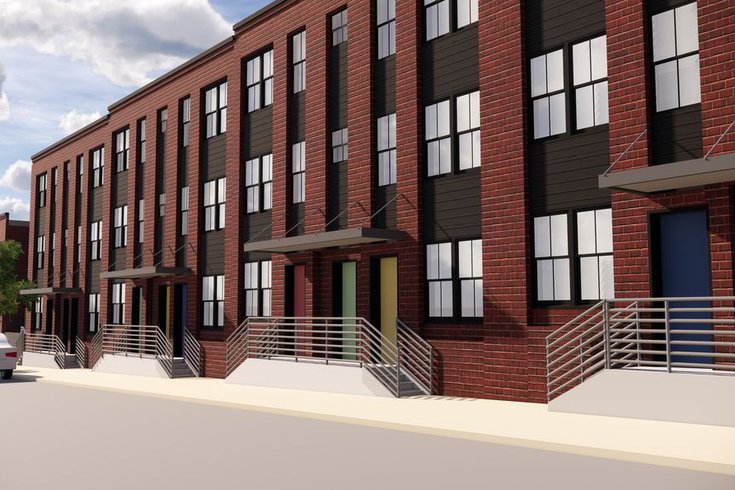 The Residences at Diamond Village include 30 single-family homes located near Temple University and the Broad Street Line. They are set to be sold for about $250,000.

North Philadelphia soon will have a new set of affordable homes.

Frankel Enterprises Inc. broke ground on The Residences at Diamond Village, a $7 million affordable housing project being built at 1100 Diamond St. and along a nearby stretch of Eighth Street.

The development includes 30-single family houses to be sold for about $250,000 and geared toward people with base salaries of about $65,000. The houses each have three bedrooms, two bathrooms and are within walking distance of Temple University and the Broad Street Line.

Housing inequality has been an ongoing issue in Philadelphia. In December, City Council published a housing affordability report that found only 35% of renters in Southwest Philadelphia could afford rent.

City Council has been working on initiatives to address the issue. Last December, it approved a package of bills to generate $400 million in bond revenue to fund citywide investments in affordable housing, including a 1% development impact tax on residential construction that will help fund affordable housing and jobs in the community.

This is part of the neighborhood preservation initiative, which is designed to address disparities intensified by the COVID-19 pandemic, such as the need for affordable housing, repairs to existing homes and support for first-time buyers.

The Pennsylvania Economy League released a report last week that shows the widening gap between income and housing affordability. It found that from 2005 to 2019, the median income in Philadelphia grew faster than the national average, but the median home value rose at a much faster rate.

Frankel Enterprises previously built the West Poplar Homes at 11th and Wallace streets. That development included 26 single-family homes that sold for about $230,000. The company will break ground on 75 affordable homes later this year in Sharswood.