Raji Yusuf, 36, aimed the device at the aircraft from the parking lot of Roosevelt Mall in June 2021 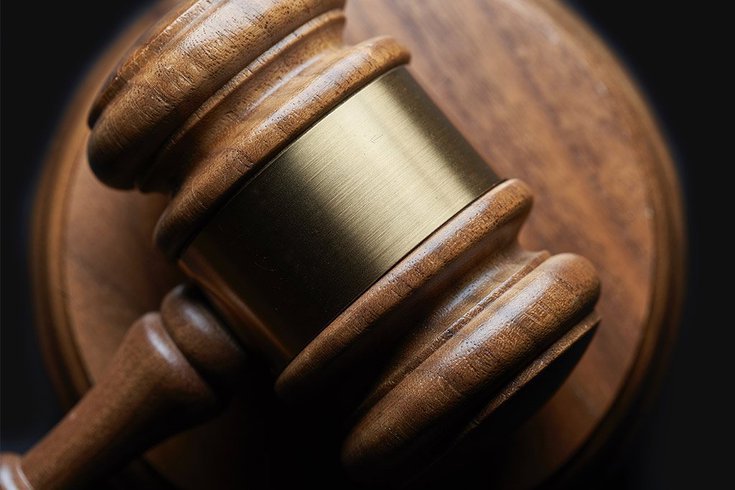 Raji Yusuf, 36, will spend a year behind bars for pointing a high intensity green laser into the cockpit of a Philadelphia police helicopter in June 2021.

A man who aimed a green laser pointer at a Philadelphia police helicopter last summer will spend one year behind bars and must pay a $1,000 fine for putting the officers and the public in danger, federal prosecutors announced.

Raji Yusuf, 36, pleaded guilty in December to shining the high intensity laser at the police helicopter in June 2021. The helicopter was on a regular nightly patrol in the area of the Northeast Philadelphia Airport when Yusuf pointed the laser at it from the parking lot of the Roosevelt Mall.

The laser flashes entered the cockpit of the helicopter multiple times and caused the officers who were operating the aircraft to temporarily see spots in their vision.

When the officers fully regained their sight, they used the helicopter's flood light to spot Yusuf on the ground. The officers called for assistance and Yusuf was taken into custody at the scene.

At the time of his arrest, Yusuf was under federal supervision for a firearms trafficking conviction in 2016. He was subsequently arrested by federal authorities for violating his supervised release.

“Aiming a laser pointer at an aircraft risks the safety of those onboard, as well as people on the ground. If a pilot’s vision is compromised, it could prove disastrous,” said Jacqueline Maguire, special agent in charge of the FBI’s Philadelphia Division. “Mr. Yusuf made an extraordinarily bad decision — and did so while on federal supervision for his previous offense. This sentence not only holds him appropriately accountable, it shows how seriously we take it when someone uses a laser pointer in such a reckless and risky way.”

In addition to the prison sentence and fine, Yusuf faces three additional years of supervised release.