The blaze appears to have been an accident 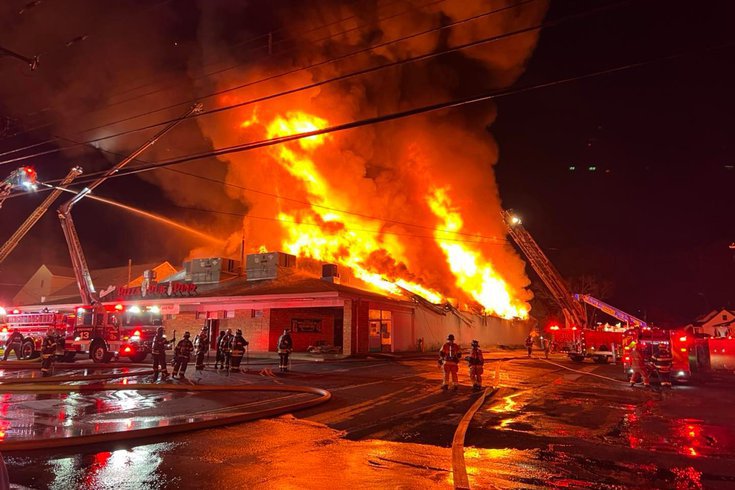 Local fire officials were unable to determine an exact cause for the three-alarm blaze that tore through Levittown Lanes bowling alley in Bucks County on March 30.

The investigation into the three-alarm fire that destroyed the Levittown Lanes bowling alley last week could not determine the cause of the blaze, officials said Friday.

The fire appears to be accidental, Falls Township Fire Department officials told the Bucks County Courier Times. Investigators said the flames ignited in an area above the Bucks County bowling alley's ceiling toward the rear of the building, but the exact origin point was not determined.

The fire broke out at about 5 a.m. on March 30 and had reached three alarms by 6:20 a.m. when the building's roof collapsed. Thick smoke and flames could be seen as far away as parts of Interstate 95.

It took at least a dozen fire crews, consisting of hundreds of firefighters, more than four hours to get the blaze under control.

The fire destroyed everything but the front perimeter of the bowling alley. Nearby properties and homes suffered heat damage.

No one was in the bowling alley when the fire occurred, and no injuries were reported.

Levittown Lanes, at 8815 New Falls Road, was the town's first bowling alley. The business' owner, Allen Episcopo, purchased it in 1981. Episcopo had operated the bowling alley's bar for 60 years. It's unknown whether he has plans to rebuild.