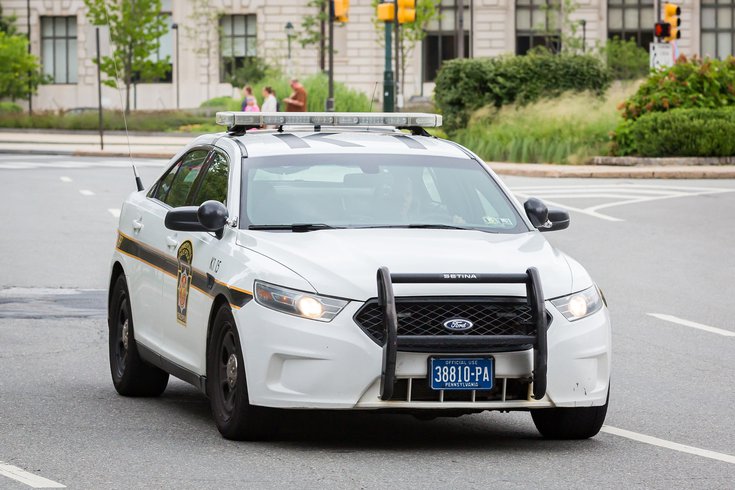 Pennsylvania State Police have settled a lawsuit that claimed some troopers improperly enforced federal immigration law. As part of the settlement the state police to change its policies, prohibiting troopers from prolonging traffic stops and ending the practice of investigating motorists' immigration statuses while checking their driver's licenses.

The Pennsylvania State Police have settled the federal lawsuit that accused troopers of profiling and stopping Hispanic drivers and detaining those suspected of coming to the U.S. illegally, officials announced Wednesday.

The $865,000 settlement was is divided among 10 plaintiffs and the American Civil Liberties Union of Pennsylvania, which helped file the suit in 2019. The resolution of the case requires the law enforcement agency to change its policies, prohibiting troopers from prolonging traffic stops – a tactic used to allow for civil immigration enforcement – and ending the practice of investigating motorists' immigration statuses while checking their driver's licenses.

The suit argued some troopers aggressively questioned the plaintiff about their immigration statuses without cause and held them for federal immigration agents.

"I am confident these changes to policy and training will ensure the department is in compliance with current case law," Pennsylvania State Police Commissioner Robert Evanchick said.

Vanessa Stine, one of the ACLU's immigrant rights attorney called the instances described in court documents "the tip of the iceberg," and said they represent "a pattern of discrimination by state troopers against Latinos and people of color."

Several complaints of racism and discrimination about the state police have emerged in the last couple years, and some recent allegations have originated from within the agency's own ranks.

In May 2021, a Black trooper stationed near Pittsburgh filed a federal suit claiming the barracks where he is stationed "is rife with racism ... toward its employees and the public it serves." Another suit filed last month claims a white Trooper used racist language and said minorities and females should not work for the state police. And in April 2021, the state and the Pennsylvania State Police paid $2.2 million to settle a sex discrimination lawsuit that argued the state police's physical tests for prospective troopers "disproportionately excluded female applicants."

More than a year after a 2019 investigative report by Spotlight PA revealed the Pennsylvania State Police had stopped collecting racial data about the drivers whom troopers had pulled over, the state police announced in January 2021 that they had resumed the practice. Many police departments collect racial data from traffic stops to determine if officers are showing racial bias.

Then in July, the Inquirer reported that the Pennsylvania State Police force is more than 92% white and more than 86% men. Among the agency's highest ranking officers, 94.1% are white.

Regarding the ACLU settlement, the state police also said it will implement mandatory training to ensure all troopers are up to date on the new policy and will continue sending demographic data about its traffic stops to the University of Cincinnati for review.

Meanwhile, all six troopers named in the suit are still working for PSP, the Associated Press reports.

"The reason we filed this lawsuit is because we don't want this to happen to anybody else," said Rebecca Castro, one of the ACLU's clients.

In 2018, she was driving with her now-husband and a co-worker in York County when they were pulled over by a trooper, who interrogated the group because their vehicle looked suspicious, Castro said.

The group was detained for several hours and intensely interrogated about their immigration statuses until federal officials arrived.