Federal Donuts to expand beyond Philly region thanks to equity investment

The concept could get dozens of new locations, including franchises 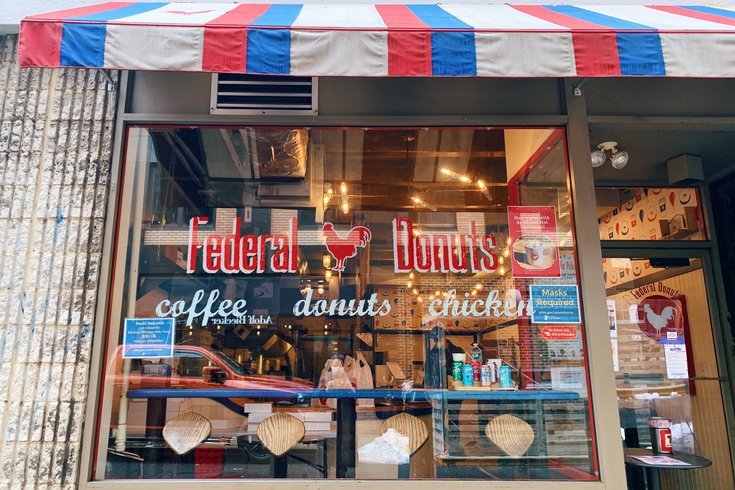 Federal Donuts, a staple in Philadelphia for more than a decade, will embark on an expansion with dozens of new corporate-owned and franchise locations in the future.

The Federal Donuts trifecta of coffee, chicken and donuts could be poised for a significant expansion in the mid-Atlantic region and elsewhere in the United States. A growth equity investment from Radnor-based NewSpring Franchise aims to catapult the fast casual restaurant to the next level.

Federal Donuts, founded in 2011, has 11 locations in the Philadelphia area. In recent years, locations have been added at Citizens Bank Park, the Wells Fargo Center and inside a Whole Foods in Wynnewood. Brick and mortar stores are scattered throughout Center City and the surrounding Philadelphia neighborhoods.

With the investment from NewSpring, Federal Donuts could expand to as many as 150 stores.

Federal Donuts, a sister company to CookNSolo Restaurants, stands among the more affordable options in a portfolio that includes the lauded Zahav, K'Far, Laser Wolf and other concepts from Michael Solomonov and Steve Cook. The donut business, a breakfast and catering favorite, was co-founded by Cook and Solomonov along with Felicia D’Ambrosio, Bob Logue and Federal Donuts CEO Tom Henneman.

NewSpring and Federal Donuts did not disclose the terms and financial details of their new arrangement.

"Federal Donuts has an outstanding culinary and customer experience with proven unit-level economics that will support the brand's continued rapid growth," NewSpring franchise general partner Satya Ponnuru said. "Combined with the James Beard award-winning excellence Michael, Steve and Tom bring to the table, the company is well-positioned to broaden its consumer demographic in new and existing markets through geographic and product expansion. We're very excited to partner with these leading restaurateurs, including Tom Henneman, who will continue in his role as CEO, to accelerate the growth of Federal Donuts."

This isn't the first time Federal Donuts has attempted to venture beyond Philadelphia. In 2017, CookNSolo expanded Federal Donuts and its Israeli restaurant Dizengoff to Miami, but both locations closed within a year.

Henneman said the brand will be much better positioned this time around, telling the Philadelphia Business Journal that the new stores will include corporate-owned and franchise locations.

"We have a product that people love and we love to serve," Henneman said. "Since 2020, we've opened three beautiful new stores in Center City that we're really proud of. Taking this next step to partner with NewSpring will give us the opportunity to be a part of so many more neighborhoods and fulfill our potential."

Specific locations for expansion have not yet been identified, but it's possible Federal Donuts could see a greater presence in the areas surrounding Philadelphia and in other U.S. cities. A timeline to move forward with brand's growth has not been revealed.