Fans will have a range of new food options, including a PBJ hamburger from Aramark's revamped lineup 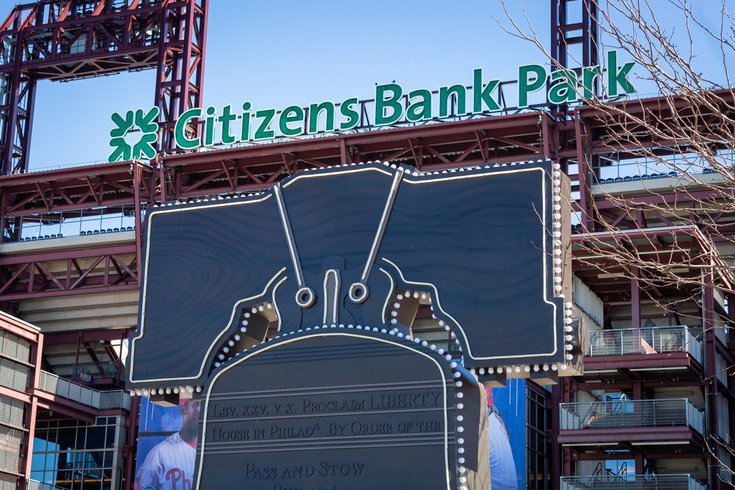 The Philadelphia Phillies open the 2022 season on Friday afternoon against the Oakland Athletics at Citizens Bank Park. Fans in attendance will be greeted with an all-star line-up of new food items, including the debut of Jersey Shore favorite Manco & Manco Pizza and the arrival of Colbie's Southern Kissed Chicken, the Mount Holly concept part-owned by former Phillies star Ryan Howard.

Manco & Manco, the famed boardwalk pizzeria in Ocean City and Somers Point, New Jersey, revealed Monday it will have a stand in Ashburn Alley, the open concourse behind center field at Citizens Bank Park. The pizza shop dates back to 1956 and is widely recognized for having among the Jersey Shore's best slices.

At the ballpark, Manco & Manco will sell 12-inch personal pizzas for fans out in the stands and 18-inch pies for those in the suites.

#Phillies are bringing Manco & Manco to CBP this season along with the ⁦@ryanhoward⁩ - backed Cobie’s fried chicken. pic.twitter.com/r1sTgqcPyY

Colbie's Southern Kissed Chicken will be located in Section 120, just above the Phillies dugout on the Citizens Bank Concourse. Founded by Howard with partner Mike Colbie, the concept features fried chicken and sandwiches.

"The Big Piece," named after Howard, is a fried or grilled chicken breast sandwich with pickles, cheddar cheese, bacon, lettuce, tomato and garlic aioli. The shop also has a "Flyin' Hawaiian" sandwich in honor of Howard's former teammate Shane Victorino.

Howard said Monday he plans to make some appearances at the ballpark to support the business.

Aramark also is introducing a handful of food and beverage options at Citizens Bank Park this season.

Aramark's campaign for the upcoming baseball season includes a range of new menu items at the nine MLB partner stadiums where the Philadelphia-based food service provider has contracts.

One of the new Aramark items is a bit out of left field, figuratively speaking.

The PBJ Burger, available at Boardwalk Eats in Section 142, is a special blend burger topped with peanut butter, jalapeño jelly, American cheese and bacon on a brioche bun. It sounds just crazy enough to be incredible.

A number of vendors unveiled plans for new items during a demo at the ballpark Monday morning.

From the BEACH to the BALLPARK! Manco & Manco Pizza loves the Phillies! 🍕 ⚾️

Blue Bell's KYLR Rum is among the new alcoholic beverages coming to Citizens Bank Park, in addition to portable Brewerytown kiosks that will debut in May with premium and domestic beers.

A new mixology machine, called the Bartesian, also will provide bar-quality cocktails in less than 30 seconds per serve at the ballpark's premium suites and on mobile bar carts.

Some other highlights for the upcoming season include the Burnt Ends Cheesesteak, which features brisket on an Amoroso roll topped with smoke Gouda cheese sauce and cartelized onions. That will be available at Bulls BBQ in the Left Field Plaza. For plant-based fans, an Impossible Cheesesteak will be sold at Aramark's Garden Grill in Section 125.

All of the ballparks served by Aramark will have expanded mobile ordering capabilities and new smart-checkout devices, including touchless consoles at Drink Mkt locations in Citizens Bank Park.

Back in December, Aramark announced a partnership with Starr Restaurants to bring the restaurateur's food concepts to new venues around the country. That partnership is separate from the company's new offerings this year.

Aramark acquired a minority ownership position in the company, which is one of the largest multi-concept, independent restaurant groups in the United States.

"This collaboration is a unique opportunity for both Starr Restaurants and Aramark," Starr said at the time. "I began my career as a concert promoter in stadiums and major arenas and am eager to get back into large entertainment venues, but this time in the culinary space. It is an exciting opportunity to converge my two career passions alongside an industry leader like Aramark."

Opening Day is a few days away! In honor of the start of the 2022 MLB season, @AramarkSports is excited to deliver creative cuisine, innovative service technology, and coveted merchandise at the nine MLB ballparks we serve.
Learn more: https://t.co/NGKH0L9yOn#MarkYourMoment pic.twitter.com/JwyPnM7BpT

“Now more than ever, consumers are placing value on the ability to get out into the world and enjoy unparalleled experiences,” said Alison Birdwell, president and CEO of Aramark Sports + Entertainment. “We are launching our Mark Your Moment campaign just in time for the highly-anticipated MLB season as a call to action meant to inspire fans to cherish each moment and make every experience their own."