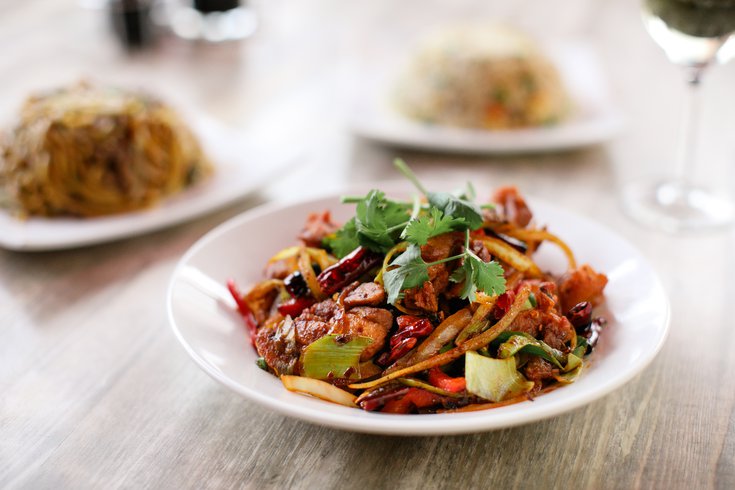 Jane Guo and Jackson Fu, the mother and son duo behind one of Philadelphia's top dim sum restaurants, is headed to Northern Liberties later this year with a third location of Dim Sum House by Jane G's.

The new restaurant will feature indoor seating for approximately 100 guests along with a 20-foot bar and private event spaces. For the first time, Dim Sum House also will get a spacious outdoor dining area with seating for up to another 100 guests.

Guo was born in the southeast region of China and moved to the United States in the 1980s, opening her first restaurant in Pottstown. She and Fu, the restaurant's general manager, later broke into the city with their bustling location at 3939 Chestnut St., which now focuses on regional Chinese cuisine after debuting as a Pan-Asian concept. The second location in Rittenhouse at 1930 Chestnut St. opened in 2020.

The definition of dim sum is literally "touch the heart" and dates back thousands of years to tea houses that served as outposts to nourish weary travelers and merchants. The dining experience centers around small, shareable dishes and Guo's authentic recipes cover a selection of Cantonese and Shanghai dim sum, in addition to entrees from the Jiang Nan region of China.

Guo and Fu had been scouting locations for a new restaurant in the area of Fishtown and Northern Liberties over the past few years after holding a pop-up there prior to the pandemic. Fu is a resident of Northern Liberties.

"After the huge success of our pop-up dim sum shop at the Piazza Pod Park several years ago we were being flooded with requests to open in Northern Liberties," Fu said. "After an extensive search, and a pause during the pandemic, we are thrilled to announce our new third home. It was well worth the wait, as we found a truly unique space that will let us expand outside for the first time ever. We always wanted to have a permanent outdoor concept, and we can't wait to spend spring and summer nights with everyone under the red lanterns and the stars."

The restaurant will include lunch, dinner and bar service seven days a week and will eventually expand to include some late night service until 1 a.m.

An opening date for the upcoming Dim Sum House has not yet been determined, but it's expected in the later part of this year or early in 2023.