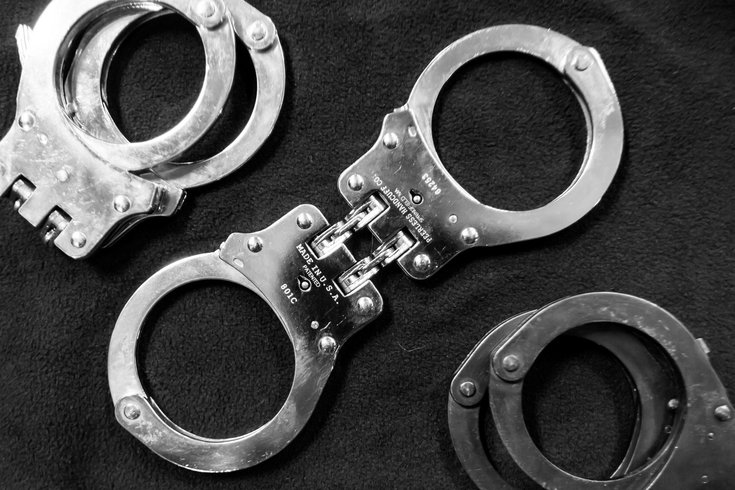 Five men have been charged for their roles in a five-state, bicoastal drug ring responsible for distributing 800 pounds of crystal meth in the Mid-Atlantic region, investigators say.

The drug ring allegedly transported at least 800 pounds of crystal meth since 2019. The drugs were shipped from a supplier in Los Angeles to the organization's leaders in the Philadelphia region before being distributed across Southeastern Pennsylvania, New Jersey, Maryland and West Virginia, investigators said.

Tyrone Baker, 29, of East Lansdowne, Delaware County; Shakeem Johnson, 27, of Philadelphia; Joshua Quiles, 31, of King of Prussia, Montgomery County; Jhamir Winans, 21, of Exton, Chester County; and Ricky Evans, 28, of Los Angeles, have been arrested for their alleged roles in the cross-country drug operation.

They each have been charged with more than 100 felony counts of corrupt organization, conspiracy, possession with intent to deliver, dealing in the proceeds of unlawful activities, criminal use of a communications facility and related offenses.

Another three sub-dealers and other members of the drug organization also have been taken into custody, officials said.

The investigation found Baker, Quiles, Winans, Johnson and others connected to the drug ring were allegedly purchasing large amounts of meth from Evans.

The drugs were then shipped by Evans to the four other men via the U.S. Postal Service, FedEx and UPS from different post offices, UPS stores and other shipping locations, authorities said.

More than $86,000 was exchanged between Evans and the other four men between March 2021 and March 2022, primarily via CashApp, authorities said.

The U.S. Postal Inspection Service and Department of Homeland Security Investigations had opened a separate investigation that found 91 packages shipped between October 2019 and December 2021. This matched the pattern associated with the drug ring.

Each of the shipments had a mailing or a return address in the Los Angeles and Philadelphia regions. Approximately 60 pounds of crystal meth was found within 15 of the 91 packages seized by federal officials.

SIGNIFICANT METHAMPHETAMINE DRUG TRAFFICKING ORGANIZATION DISMANTLED; THE GROUP IS BELIEVED TO BE RESPONSIBLE FOR 800...

Authorities said the March 2021 arrest of Chase Smith, 29, of Upper Darby, Delaware County, spawned the investigation. Smith allegedly sold more than two pounds of crystal meth to an undercover Lower Merion Township police officer. Investigators said they learned Smith was part of a large-scale drug trafficking ring that spanned the entire country and was rooted in the Philly region.

The investigation was headed up by the Montgomery County District Attorney's Office, Lower Merion and Upper Merion Township police, the U.S. Postal Inspection Service and the Department of Homeland Security Investigations.

"Drug traffickers need to know that law enforcement in this area is committed to stopping the flow of all illegal drugs in Montgomery County — whether that poison is significant quantities of methamphetamine, heroin/fentanyl or other drugs," Montgomery County District Attorney Kevin Steele said. "The investigation resulting in these five arrests shut off a significant pipeline for methamphetamine to the entire Southeastern Pennsylvania region, and our communities are safer for it."

All five men are being held at the Montgomery County Correctional Facility and awaiting a preliminary hearing on May 11.