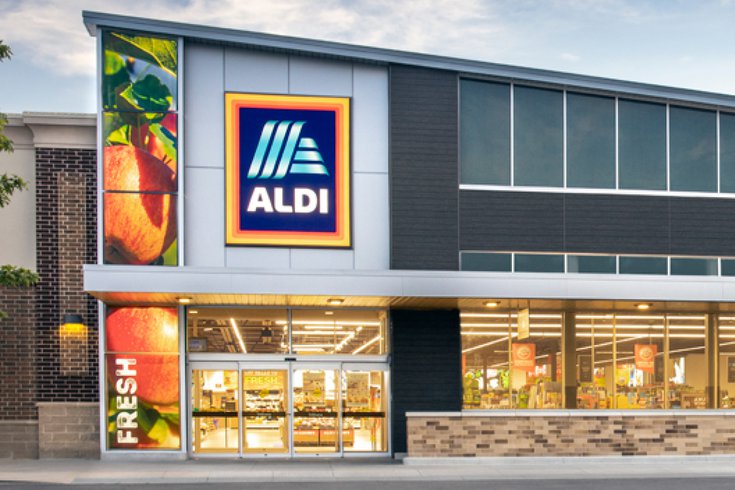 Aldi's newest grocery store in the Girard Estates section of South Philadelphia will be the German-based grocer's 12th location in the city.

Aldi's nationwide expansion of its discount supermarkets will continue in Philadelphia, where the German-based company is set to open another location later this year.

The grocery store chain has signed a lease to develop a 22,000-square-foot market at the Quartermaster campus, which is owned and operated by SkyREM, in the Girard Estates section of South Philly.

Aldi is expected to break ground on the project at 21st Street and Oregon Avenue over the next two months and open by the end of the year.

"We extend a warm welcome to Aldi as they take another exciting growth step in Philadelphia," SkyREM CEO and Founder Alex Dembitzer said in a statement. "As an integral part of this neighborhood, we are thrilled to serve as home to such a valuable community asset."

The Quartermaster campus' burgeoning commercial spaces, the surrounding neighborhood's residential growth, access to major thoroughfares and proximity to Center City and the Navy Yard contributed to Aldi's decision to open its newest store there, according to agents from Colliers real estate firm who brokered the lease.

Aldi already has 11 stores in Philly, including one that opened in 2020 as part of a mixed-use development next to the Divine Lorraine Hotel at North Broad Street and Fairmount Avenue. It also has several locations in the surrounding suburbs in Pennsylvania and South Jersey.

The chain has become popular for its low-price, high-quality grocery items and currently operates more than 2,100 stores across 38 states. It plans to open 150 new stores across the country this year, which would make it the third-largest grocer in the U.S. by the end of 2022.

Aldi is also expanding its curbside grocery pickup service to 300 more stores nationwide by the end of the year to make shopping quicker and easier for customers.

The origins of the Philadelphia Quartermaster Depot go back to when the U.S. entered World War I in 1917. The textile factory was known for outfitting the "doughboys" during the war. It went on to become the largest purchaser and maker of textile products in the world and was once described as a "little Pentagon" for its connection to the military.

The Quartermaster campus was supported by its own railroad system, police and fire departments and employed up to 15,000 people at its peak. It's designated on the National Register of Historic Places and has since been renovated to preserve its historic value.