Sen. Teresa Ruiz presented a $350 million, nine-bill package on Tuesday that outlines a plan for enhancing the state's industry 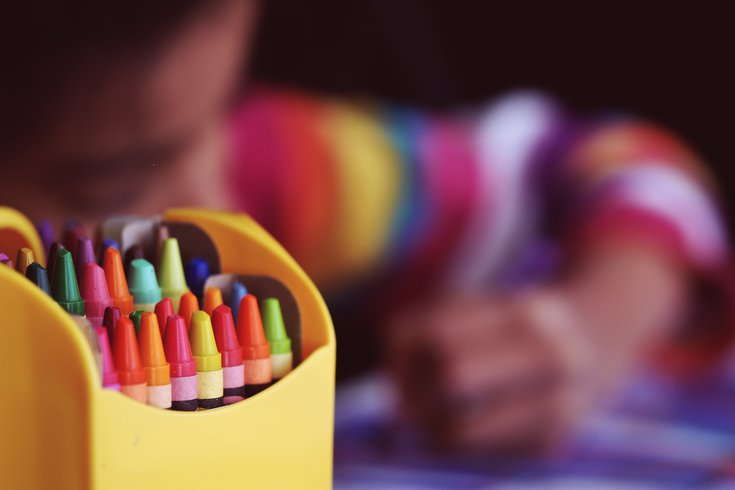 New Jersey's child care centers could receive a $350 million boost, as lawmakers in Trenton prepare to introduce a nine-bill package in an effort to expand the industry and send more parents back to work.

Lawmakers in New Jersey want to expand the number of available seats and reduce the cost of child care across the state in an effort to encourage more parents to go back to work.

Sen. Teresa Ruiz presented a $350 million, nine-bill package on Tuesday that outlines a plan for enhancing the state's child care industry. It focuses on reducing the number of "child care deserts," which are areas where demand for licensed child care services exceeds the supply.

"Access to affordable, high quality child care improves outcomes and pays dividends, every dollar invested offers a $4-$9 return in individual and community benefits," said Ruiz. "As we face worker shortages across industries, reducing the cost of child care will allow more parents to return to the workforce at a time when we need it most."

When the COVID-19 pandemic hit New Jersey in March 2020, Gov. Phil Murphy's emergency declaration and subsequent lockdown closed care centers across the state. Already beset by low wages and rising costs, 92 child care centers in the state permanently shut down as a result.

Those that remain open have had to face challenges in recruiting and retaining workers in an industry that is facing a tumultuous journey as it attempts to recover. Ready Nation, a nonprofit that works to prepare children for the workforce, found that nearly one in five mothers of children under the age of 5 left their jobs. This has had a lasting impact on the labor force, as women's economic recovery continues to lag behind men's.

The nine bills, which will soon be introduced in the New Jersey state legislature, aim to provide a comprehensive plan to boost access and affordability of child care.

One of the bills aims to establish an Office of Early Childhood, which would provide development of education for children ages 0 to 5. A separate bill would provide funding to expand infant and toddler care by 1,000 seats statewide, reimbursed for $22,000 per seat. If passed, the grant program would focus in on communities that lack quality child care, or those with higher rates of family poverty.

Another bill would establish a gross income tax credit for child care workers who have been employed for at least 31.5 weeks during the year. New Jersey child care workers earned a median wage of $12.59 in 2019, according to the Center for the Study of Child Care Employment at UC Berkeley.

Today I was joined by colleagues, advocates, stakeholders & providers to unveil a comprehensive bill package which will ensure our child care industry can meet the needs of NJ’s working families. Thank you @SenJoeVitale Senator Cruz-Perez & @SandraBCunningh for signing on. pic.twitter.com/CqzC0UutY8

A survey from the National Association for the Education of Young Children found that one in five child care centers in the country are understaffed. In July, Gov. Phil Murphy provided $100 million in funding through the American Rescue Plan Act to provide workforce assistance for child care providers in the state.

At the time, Sen. Ruiz said that the funding was welcomed as support for "critical infrastructure" needed as the state and the rest of the country mapped out a return to in-person work amid the pandemic.

"High quality and affordable child care should be accessible to every family in the state," said Sen. Joe Vitale, adding that expanding subsidy programs and providing additional slots can help reach more parents in need of care. "Additionally, by providing tax credits for staff members, we can help our child care providers retain the employees they need to ensure a sustainable, high-quality workforce."

When Gov. Murphy revealed his state budget proposal in March of 2019, he included expanded funding meant for the state's goal of implementing universal preschool. The plan set out a four-year map to provide accessible, affordable pre-K to every family in the state.

At the time, Murphy said that the goal would cost between $1.8 billion and $2.2 billion to implement by 2030, NJ Spotlight reported.

Other pieces of legislation in the package include an extension of the current enrollment-based payment model for child care centers, which is set to expire on June 30. If passed, the bill would extend the program for three years and require the state to provide impact reports at the end of each year.

The rest of the legislation takes aim at the rising cost of child care services. Parents spend an average of $15,600 on infant care each year, according to advocacy group Child Care Aware. Single parents in the state pay up to 49% of their income on center-based infant care.

One bill would extend child care subsidies for families earning up to 300% of the federal poverty line. Currently, only those making up to 250% are eligible. Another would require the Department of Human Services to establish a quality-based reimbursement system for daycares within the Grow NJ Kids rating initiative.

"Childcare is essential for families and for our economy and is the educational opportunity for our youngest children," said Cecilia Zalkind, president and CEO of Advocates for Children of New Jersey.

Sen. Ruiz told New Jersey Business Magazine that she's optimistic Gov. Murphy would sign the bills if they got to his desk, given his repeated recognition of the child care industry as a vital facet of the state's economy. The package will be officially introduced after the state Senate resumes session in May.